Charles de Gaulle (1890-1970) -French army officer and statesman who led Free France against Nazi Germany in World War II and chaired the Provisional Government of the French Republic from 1944 to 1946 in order to reestablish democracy in France. In 1958, he came out of retirement when appointed President of the Council of Ministers (Prime Minister) by President René Coty. He rewrote the Constitution of France and founded the Fifth Republic after approval by referendum. He was elected President of France later that year, reelected in 1965 until his resignation in 1969. 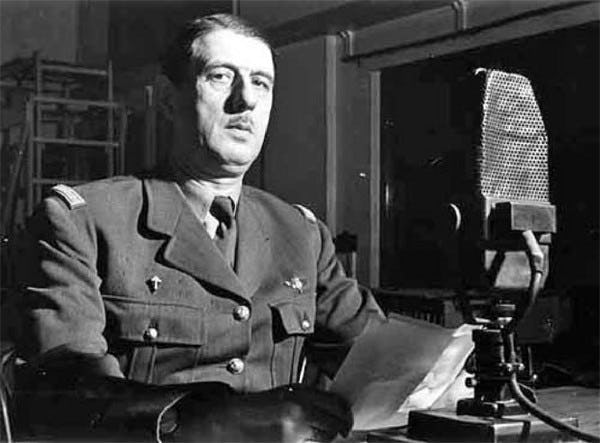