Voltaire - (1694-1778)  François-Marie Arouet, known by his nom de plume Voltaire. was a French Enlightenment writer, historian, and philosopher famous for his wit, his attacks on the established Catholic Church, and his advocacy of freedom of religion, freedom of speech, and separation of church and state. He was one of the greatest of all French writers. 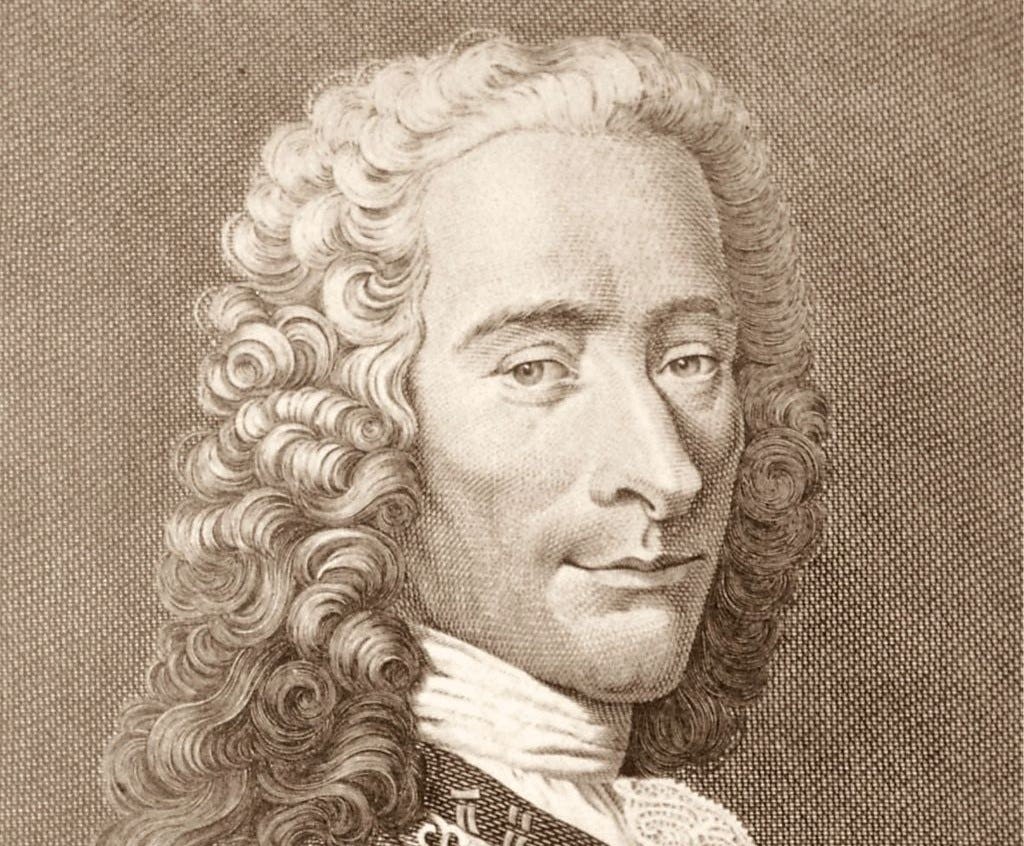