George Burns (born Nathan Birnbaum - 1896 – 1996) was an American comedian, actor, writer, and singer, and one of the few entertainers whose career successfully spanned vaudeville, radio, film and television. His arched eyebrow and cigar-smoke punctuation became familiar trademarks for over three-quarters of a century. He and his wife Gracie Allen appeared on radio, television and film as the comedy duo Burns and Allen. He continue to work until just weeks before his death of cardiac arrest at his home, shortly after his hundredth birthday. 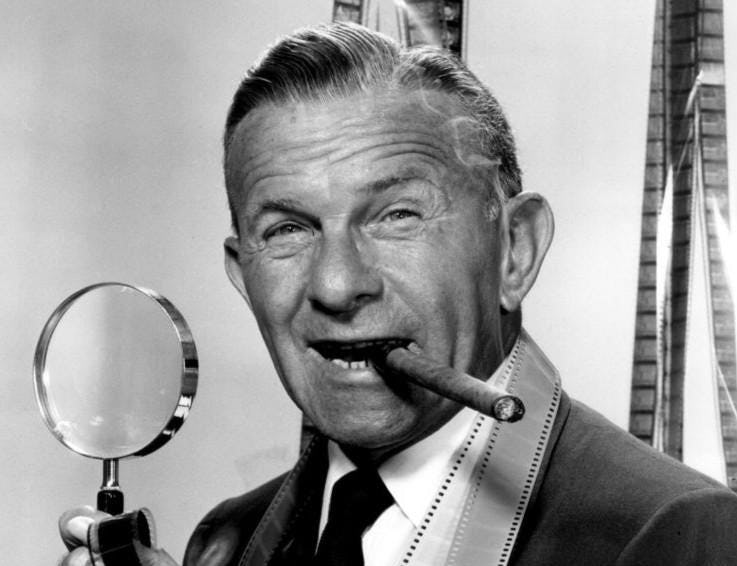