Samuel Johnson (1709 -1784), was an English writer who made lasting contributions as a poet, playwright, essayist, moralist, critic, biographer, editor and lexicographer. He was a devout Anglican and a committed Tory. Tall and robust, he displayed gestures and tics that disconcerted some on meeting him. Johnson's behavior and mannerisms have been documented in such detail by Boswell and other biographers that they have informed the posthumous diagnosis of Tourette syndrome, a condition not defined or diagnosed until late in the 19th century. ~ Quote Source: Samuel Johnson, The History of Rasselas, Prince of Abissinia ~ Wikipedia 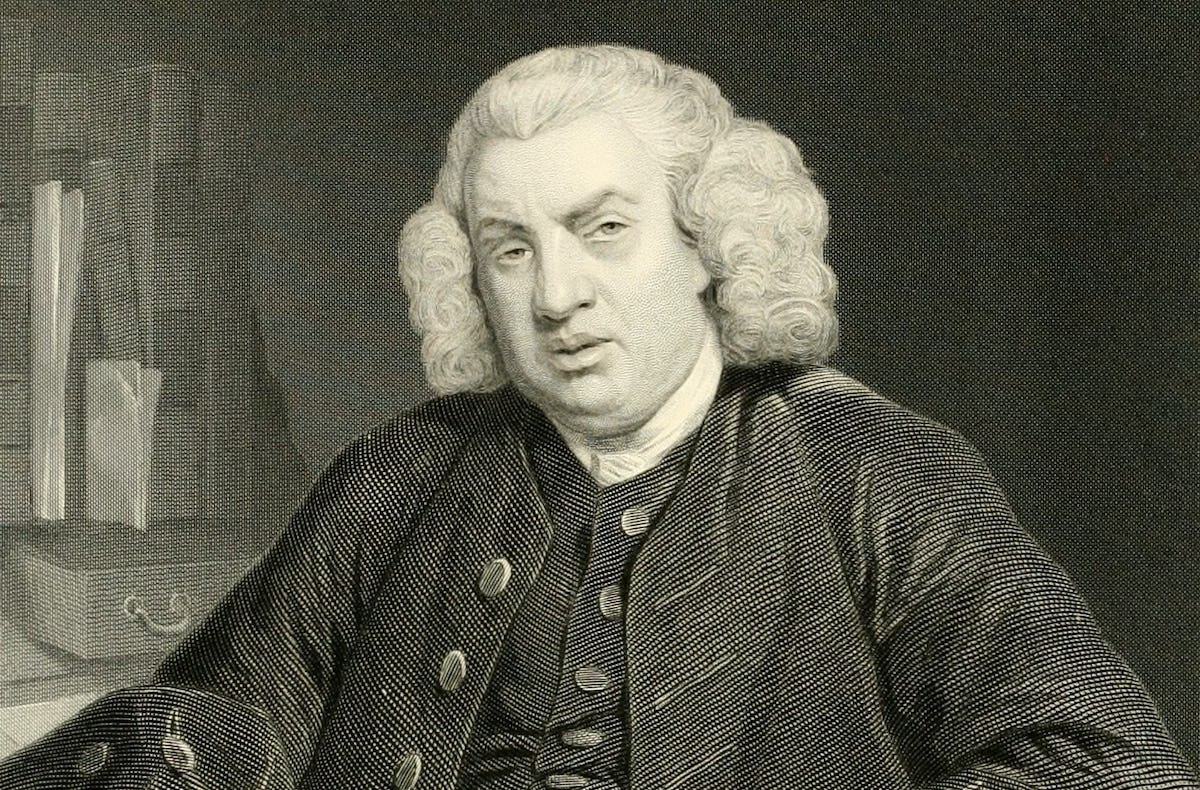