Benjamin Franklin (1706 - 1790) was an American polymath who was active as a writer, scientist, inventor, statesman, diplomat, printer, publisher, and political philosopher.[1] Among the leading intellectuals of his time, Franklin was one of the Founding Fathers of the United States, a drafter and signer of the United States Declaration of Independence, and the first United States Postmaster General. Wikipedia 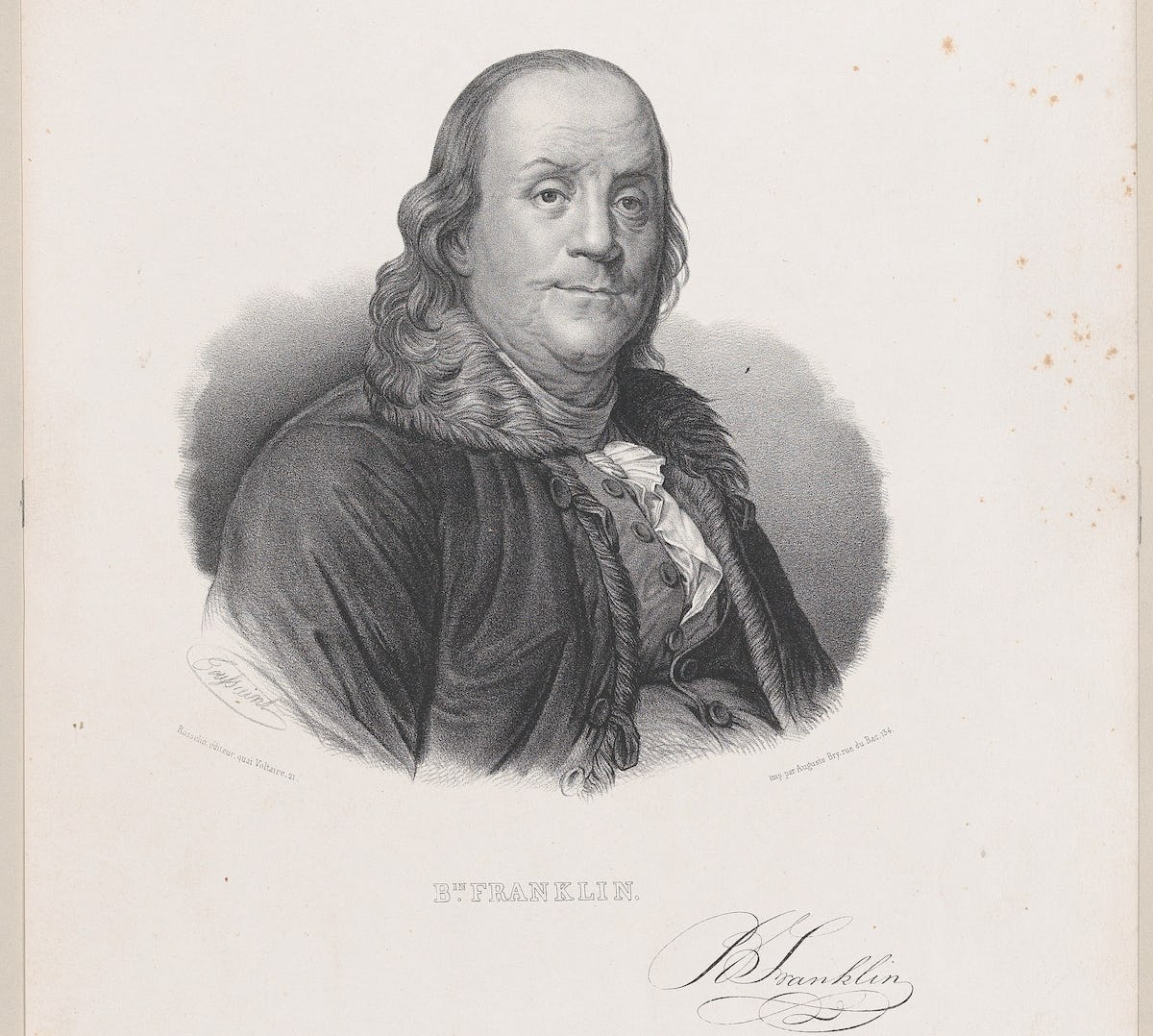