Chauncey Mitchell Depew (1834 – 1928) was an American lawyer, businessman, attorney and politician. He served for two terms as United States Senator from New York and was well know for his wit and as an orator and after dinner speaker. He did work for Cornelius Vanderbilt, as an attorney and as president of the New York Central Railroad System. Read more 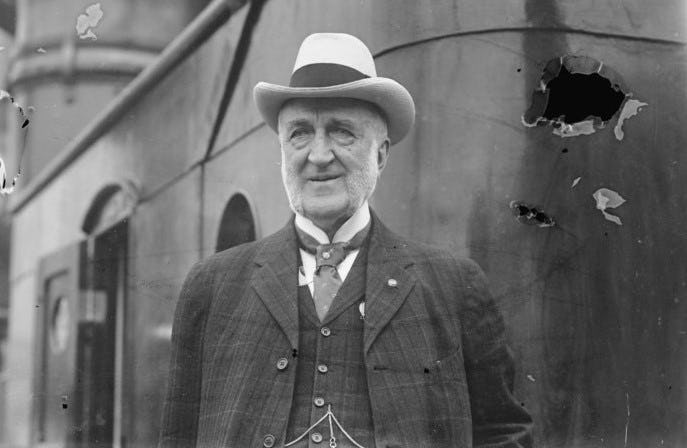