Is that one galaxy or three? Toward the right of the featured Hubble image of the massive galaxy cluster Abell 3827 is what appears to be a most unusual galaxy -- curved and with three centers. A detailed analysis, however, finds that these are three images of the same background galaxy -- and that there are at least four more images. Light we see from the single background blue galaxy takes multiple paths through the complex gravity of the cluster, just like a single distant light can take multiple paths through the stem of a wine glass. Studying how clusters like Abell 3827 and their component galaxies deflect distant light gives information about how mass and dark matter are distributed. Abell 3827 is so distant, having a redshift of 0.1, that the light we see from it left about 1.3 billion years ago -- before dinosaurs roamed the Earth. Therefore, the cluster's central galaxies have now surely all coalesced -- in a feast of galactic cannibalism -- into one huge galaxy near the cluster's center. 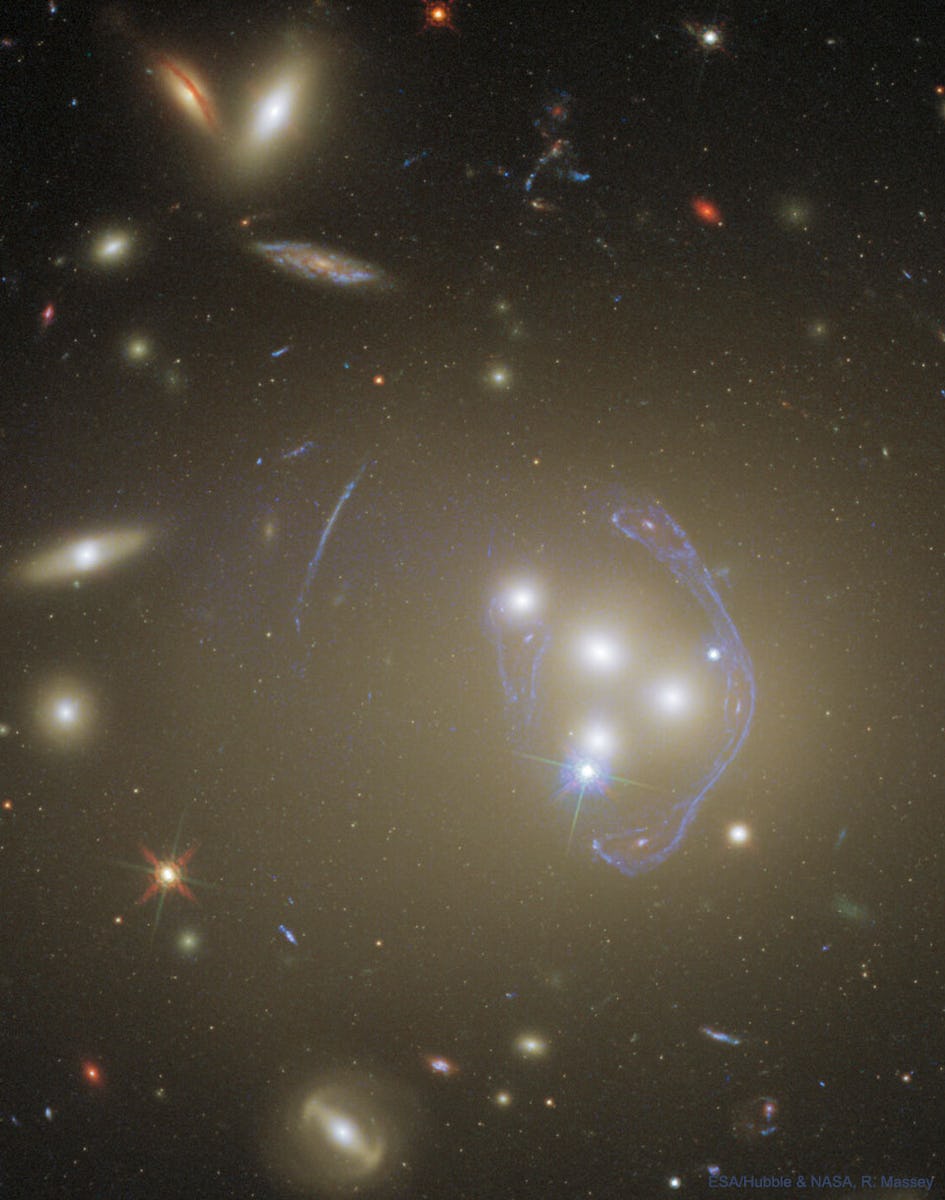