When the Artemis 1 mission's Orion spacecraft makes its November 21 powered flyby of the Moon, denizens of planet Earth will see the Moon in a waning crescent phase. The spacecraft will approach to within about 130 kilometers of the lunar surface on its way to a distant retrograde orbit some 70,000 kilometers beyond the Moon. But the Moon was at last quarter for the November 16 launch and near the horizon in the dark early hours after midnight. It's captured here in skies over Kennedy Space Center along with the SLS rocket engines and solid rocket boosters lofting the uncrewed Orion to space. Ragged fringes appearing along the bright edge of the sunlit lunar nearside are caused as pressure waves generated by the rocket's passage change the index of refraction along the camera's line of sight. 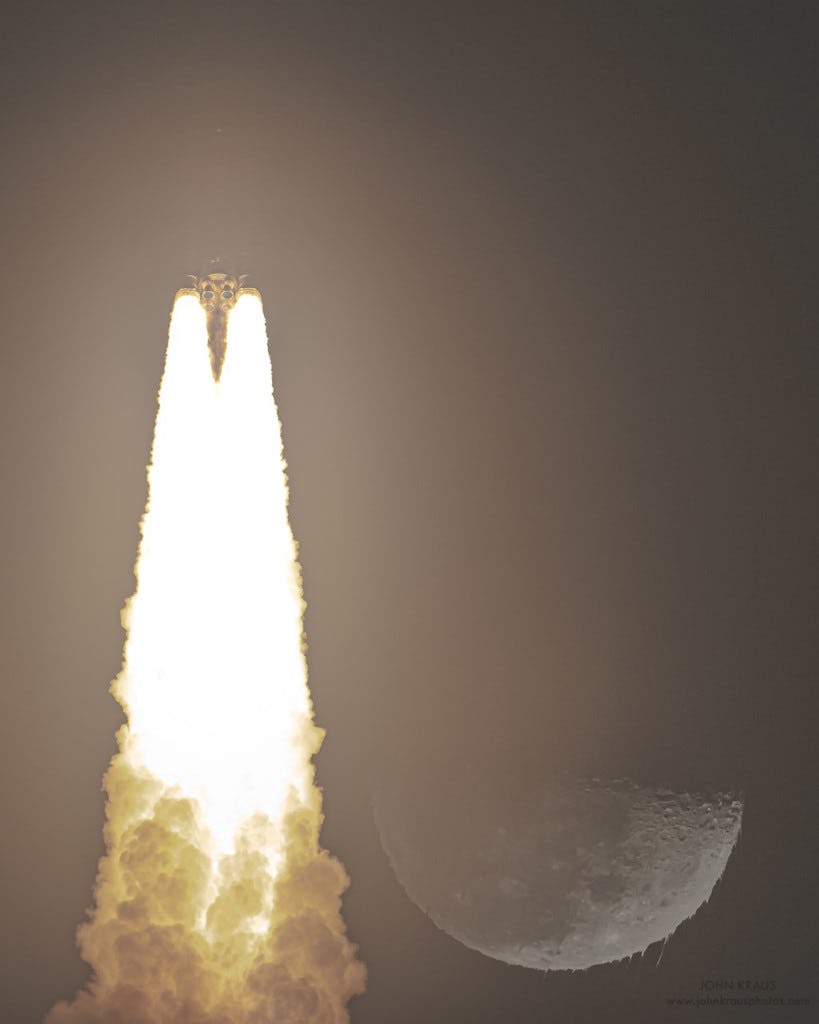