The Perseverance rover's Mastcam-Z captured images to create this mosaic on August 4, 2022. The car-sized robot was continuing its exploration of the fan-shaped delta of a river that, billions of years ago, flowed into Jezero Crater on Mars. Sedimentary rocks preserved in Jezero's delta are considered one of the best places on Mars to search for potential signs of ancient microbial life and sites recently sampled by the rover, dubbed Wildcat Ridge and Skinner Ridge, are at lower left and upper right in the frame. The samples taken from these areas were sealed inside ultra-clean sample tubes, ultimately intended for return to Earth by future missions. Starting with the Pathfinder Mission and Mars Global Surveyor in 1997, the last 25 years of a continuous robotic exploration of the Red Planet has included orbiters, landers, rovers, and a helicopter from planet Earth 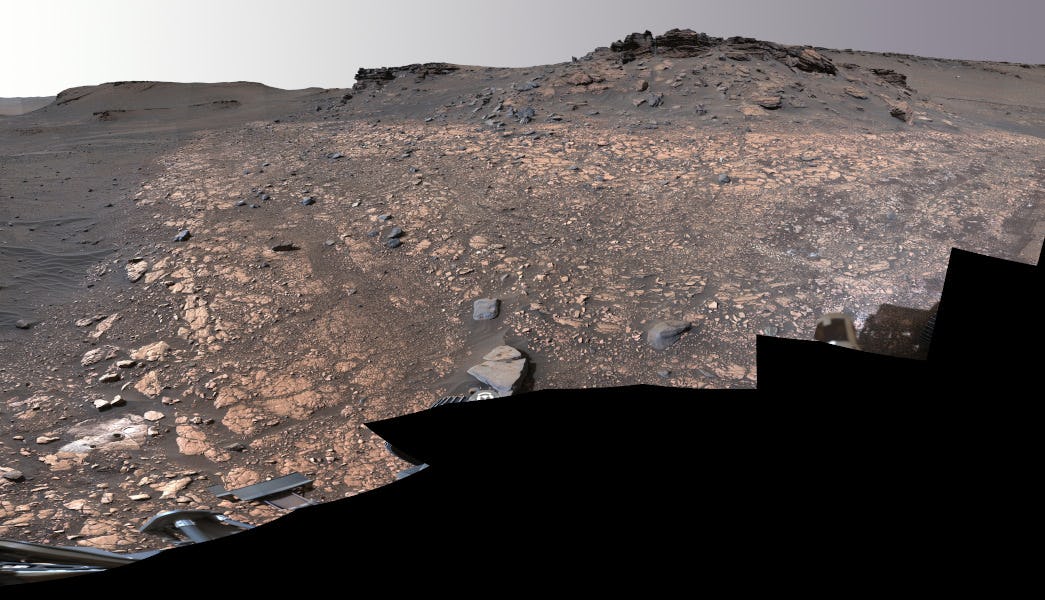