How do black holes like this form? The two black holes that spiraled together to produce the gravitational wave event GW190521 were not only the most massive black holes ever seen by LIGO and VIRGO so far, their masses -- 66 and 85 solar masses -- were unprecedented and unexpected. Lower mass black holes, below about 65 solar masses are known to form in supernova explosions. Conversely, higher mass black holes, above about 135 solar masses, are thought to be created by very massive stars imploding after they use up their weight-bearing nuclear-fusion-producing elements. How such intermediate mass black holes came to exist is yet unknown, although one hypothesis holds that they result from consecutive collisions of stars and black holes in dense star clusters. Featured is an illustration of the black holes just before collision, annotated with arrows indicating their spin axes. In the illustration, the spiral waves indicate the production of gravitational radiation, while the surrounding stars highlight the possibility that the merger occurred in a star cluster. Seen last year but emanating from an epoch when the universe was only about half its present age (z ~ 0.8), black hole merger GW190521 is the farthest yet detected, to within measurement errors. Astrophysicists: Browse 2,200+ codes in the Astrophysics Source Code Library 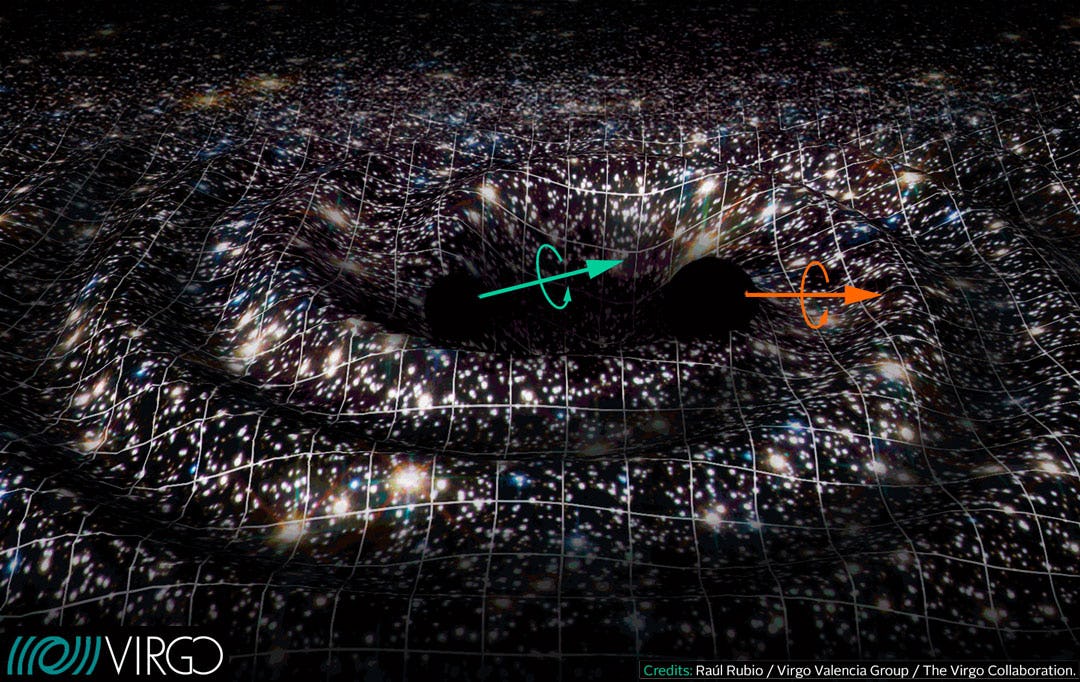