Comet dust falls through a twilight sky in this dream-like scene, but it's not part of a fairytale movie. Still, Castle Neuschwanstein, nestled in the Bavarian Alps, did inspire Disneyland's Sleeping Beauty Castle. Captured on July 20, the bright streak above the castle towers is likely a Perseid meteor. Though it peaks near mid-August, the annual summer meteor shower is active now. The meteor trail over the fairytale castle can be traced back to the shower's radiant in the heroic constellation Perseus off the top right of the frame. Perseid meteors are produced by dust from periodic Comet Swift-Tuttle. With its own broad dust tail now sweeping through northern skies the celestial apparition above the distant horizon is planet Earth's current darling, Comet NEOWISE. Comet NEOWISE Images: July 22 || 21 || 20 || 19 || 18 || 17 || 16 || 15 || 14 || 13 || 12 || 11 || 10 & earlier || 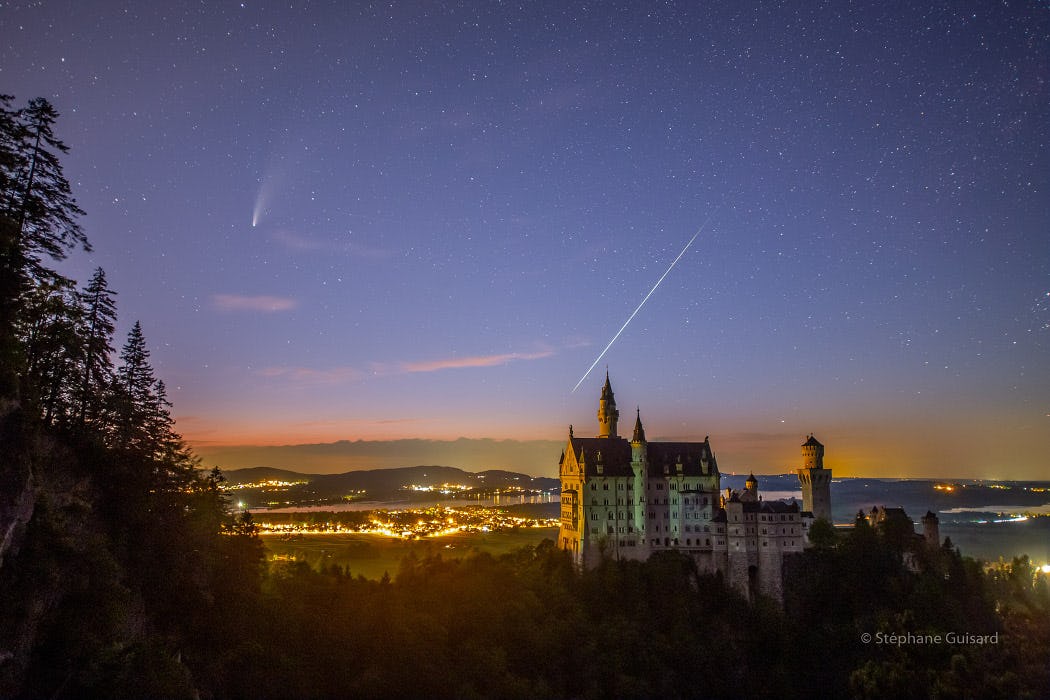