Why does this galaxy spin so fast? To start, even identifying which type of galaxy UGC 12591 is difficult -- featured on the lower left, it has dark dust lanes like a spiral galaxy but a large diffuse bulge of stars like a lenticular. Surprisingly observations show that UGC 12591 spins at about 480 km/sec, almost twice as fast as our Milky Way, and the fastest rotation rate yet measured. The mass needed to hold together a galaxy spinning this fast is several times the mass of our Milky Way Galaxy. Progenitor scenarios for UGC 12591 include slow growth by accreting ambient matter, or rapid growth through a recent galaxy collision or collisions -- future observations may tell. The light we see today from UGC 12591 left about 400 million years ago, when trees were first developing on Earth. 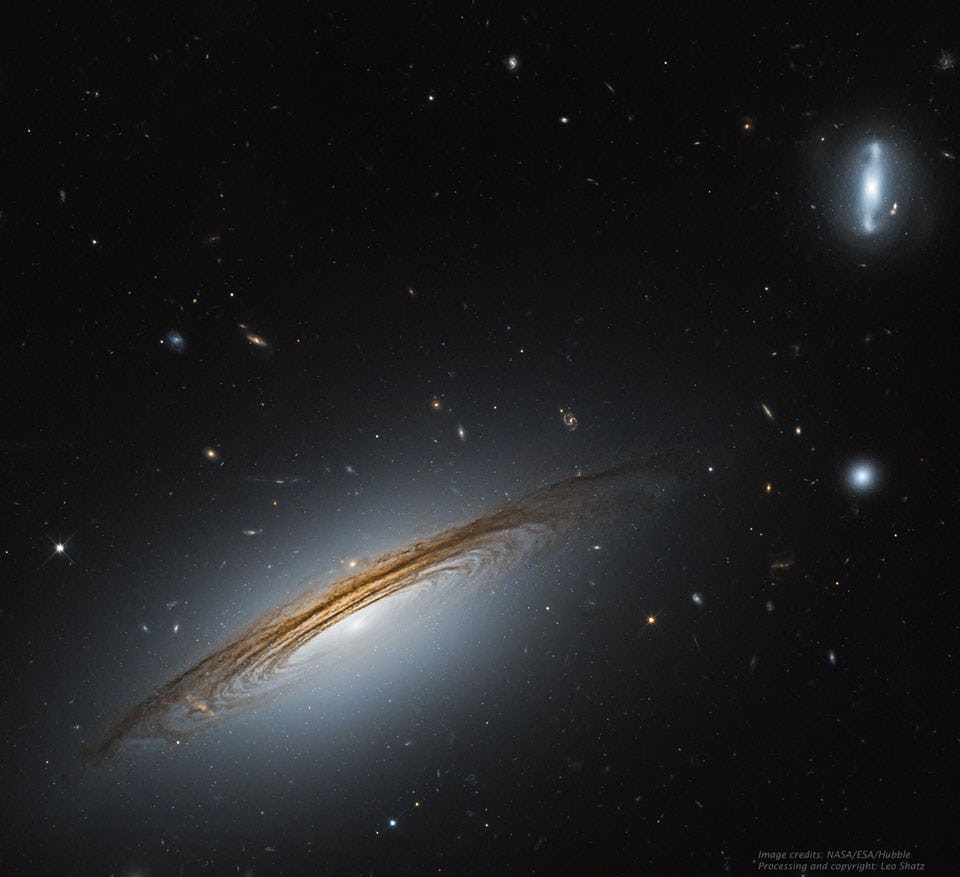