The Full Moon of October 9th was the second Full Moon after the northern hemisphere autumnal equinox, traditionally called the Hunter's Moon. According to lore, the name is a fitting one because this Full Moon lights the night during a time for hunting in preparation for the coming winter months. In this snapshot, a nearly full Hunter's Moon was captured just after sunset on October 8, rising in skies over Florida's Space Coast. Rising from planet Earth a Falcon 9 rocket pierces the bright lunar disk from the photographer's vantage point. Ripples and fringes along the edge of the lunar disk appear as supersonic shock waves generated by the rocket's passage change the atmosphere's index of refraction. 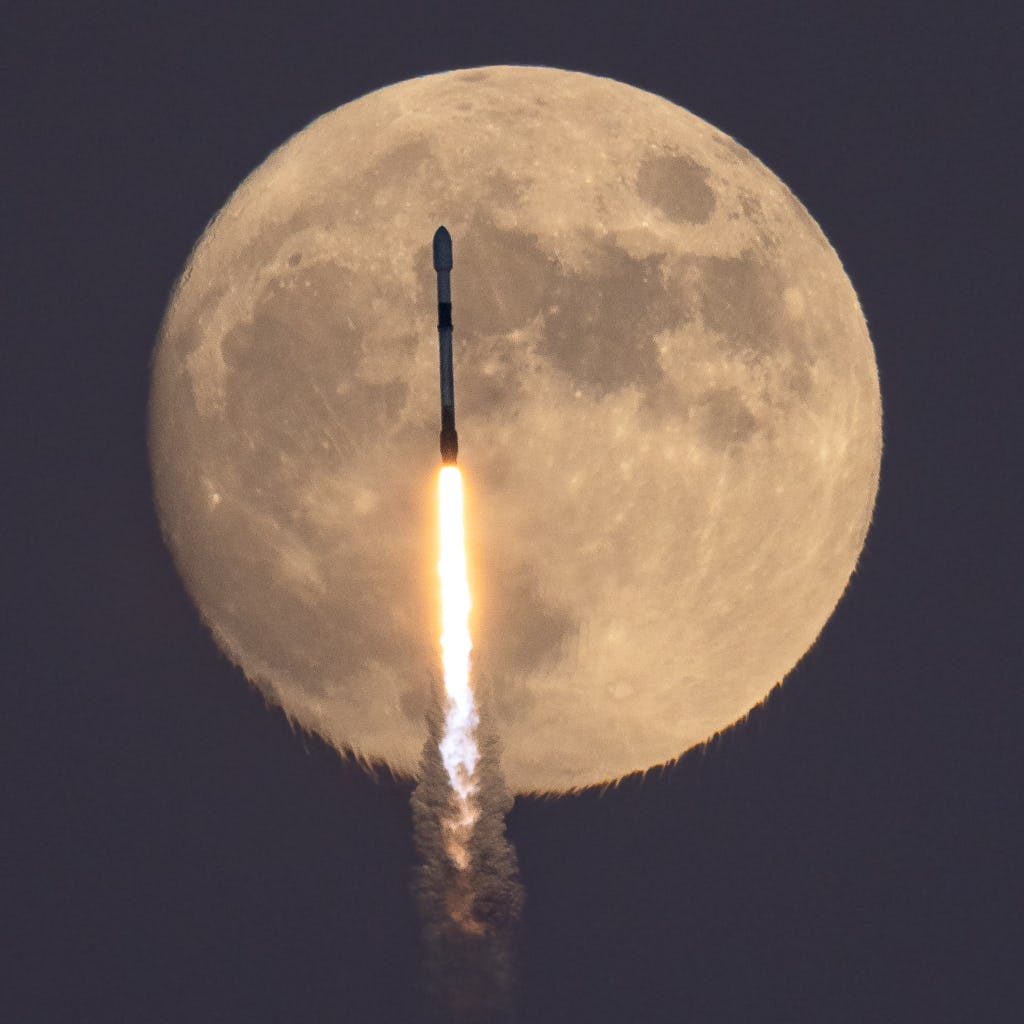