Wassily Kandinsky (1866 - 1944) was a Russian painter and art theorist. One of the pioneers of abstraction in western art. He studied Law and Economics at the University of Moscow. He spent 18 years in Munich, returning to Russia after the outbreak of World War I.  He returned to Germany in 1920 where he taught at the Bauhaus school of art and architecture until the Nazis closed it in 1933. He then moved to France, where he produced some of his most prominent art, became a French citizen and lived for the rest of his life. 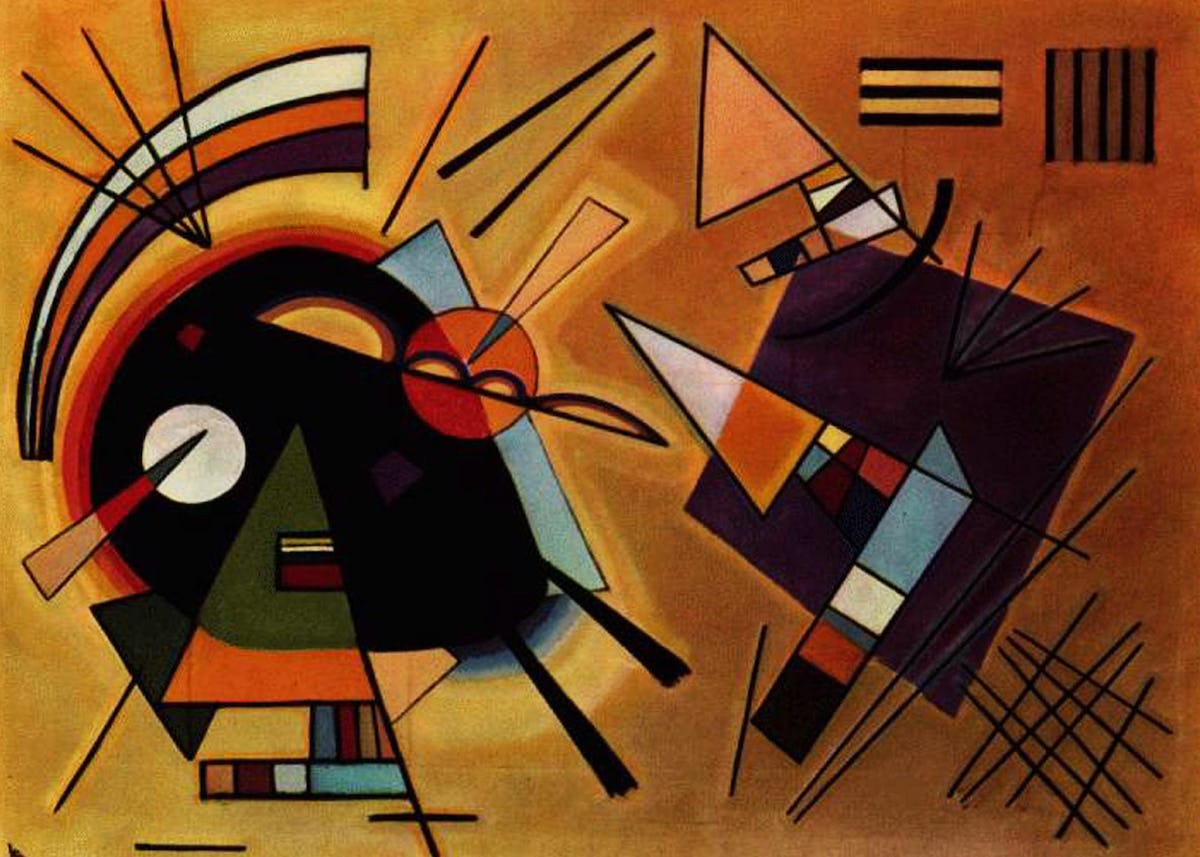