Thomas Cole (1801 -1848) Born in Lancashire, England. He immigrated with his family to the United States in 1818, He was known for his landscape and romantic portrayal of the American wilderness. He is regarded as the founder of the Hudson River School, an American art movement that flourished in the mid-19th century. Wikipedia

Image is in the public domain 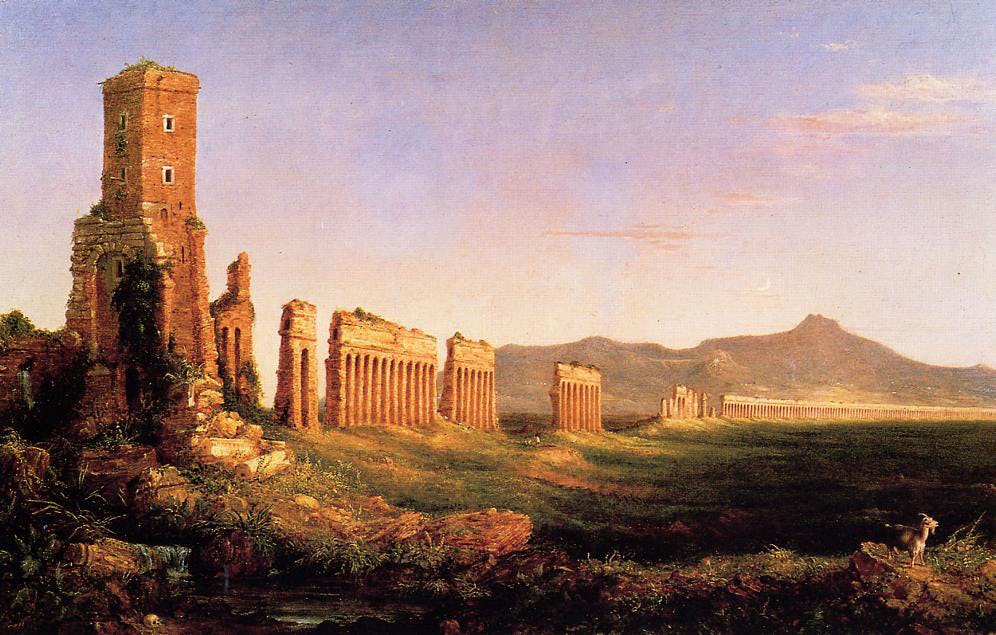