Amedeo Clemente Modigliani (1884 – 1920)  Italian painter and sculptor known for portraits and nudes in a modern style characterized by a surreal elongation of faces, necks, and figures that were not received well during his lifetime, but later became much sought-after. Modigliani spent his youth in Italy, and moved to Paris in 1906, where he came into contact with such artists as Pablo Picasso and Constantin Brâncuși. Read more
Image: Public Domain CC0 1.0 Universal Public Domain Dedication 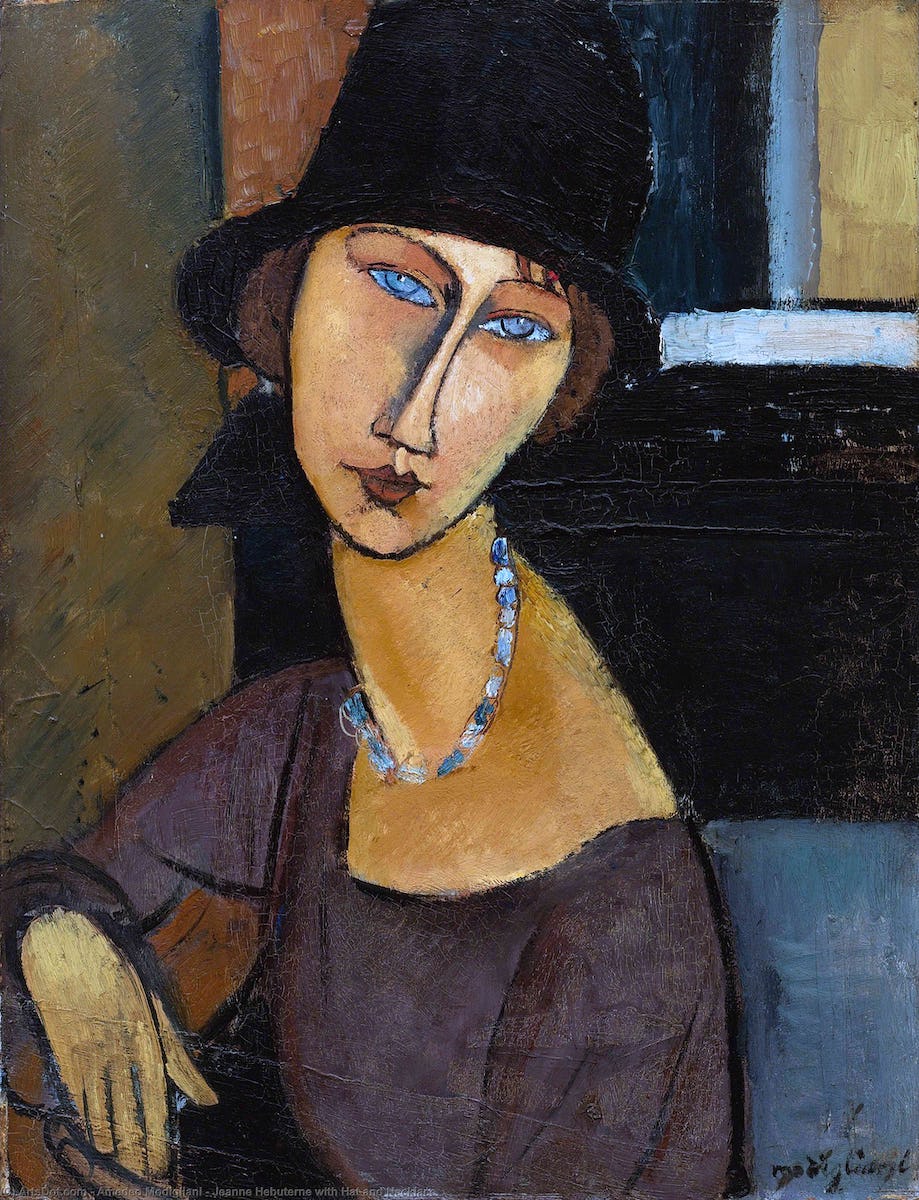