Plowing through Earth's atmosphere at 60 kilometers per second, this bright perseid meteor streaks along a starry Milky Way. Captured in dark Portugal skies on August 12, it moves right to left through the frame. Its colorful trail starts near Deneb (alpha Cygni) and ends near Altair (alpha Aquilae), stars of the northern summer triangle. In fact this perseid meteor very briefly outshines both, two of the brightest stars in planet Earth's night. The trail's initial greenish glow is typical of the bright perseid shower meteors. The grains of cosmic sand, swept up dust from periodic comet Swift-Tuttle, are moving fast enough to excite the characteristic green emission of atomic oxygen at altitudes of 100 kilometers or so before vaporizing in an incandescent flash. Notable APOD Image Submissions: Perseid Meteor Shower 2021 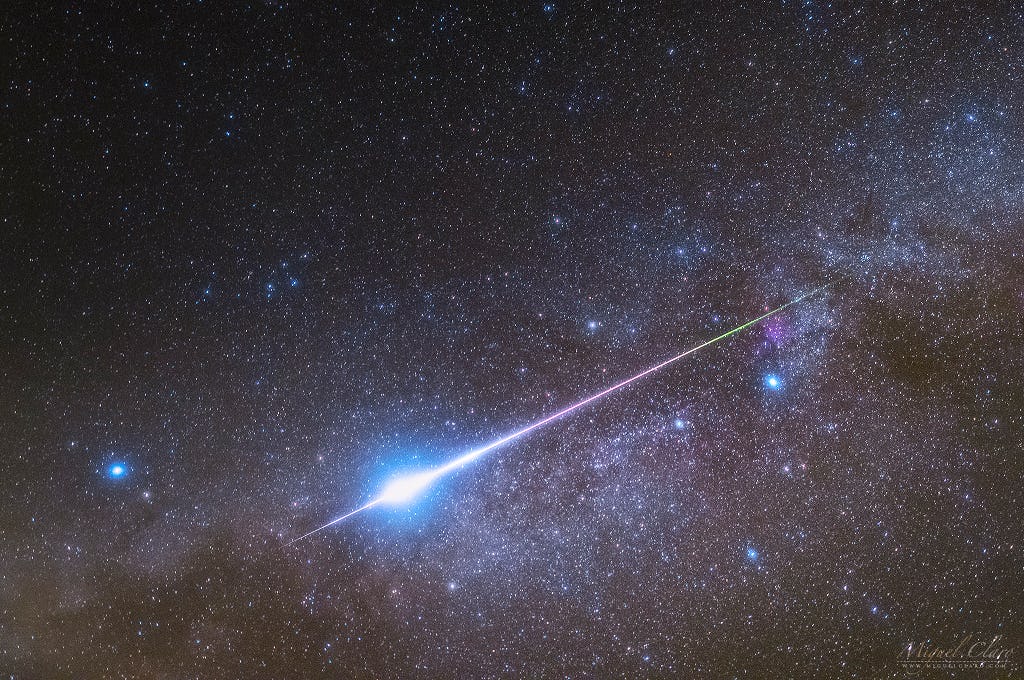