How far can you see? The Andromeda Galaxy, 2.5 million light years away, is the most distant object easily seen by the unaided eye. Other denizens of the night sky, like stars, clusters, and nebulae, are typically hundreds to thousands of light-years distant. That's far beyond the Solar System but well within our own Milky Way Galaxy. Also known as M31, the external galaxy poses directly above a chimney in this well-planned deep night skyscape from an old mine in southern Portugal. The image was captured in a single exposure tracking the sky, so the foreground is slightly blurred by the camera's motion while Andromeda itself looms large. The galaxy's brighter central region, normally all that's visible to the naked-eye, can be seen extending to spiral arms with fainter outer reaches spanning over 4 full moons across the sky. Of course in only 5 billion years or so, the stars of Andromeda could span the entire night sky as the Andromeda Galaxy merges with the Milky Way. 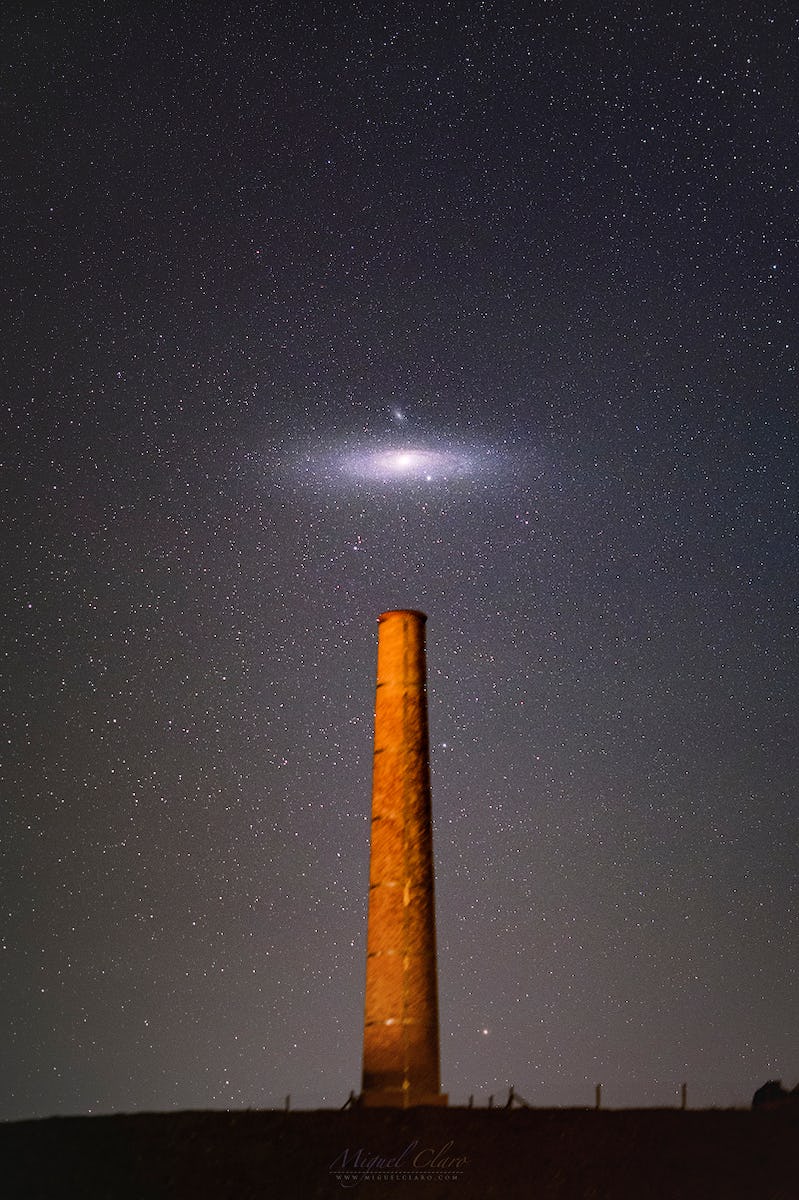