On June 10 a New Moon passed in front of the Sun. In silhouette only two days after reaching apogee, the most distant point in its elliptical orbit, the Moon's small apparent size helped create an annular solar eclipse. The brief but spectacular annular phase of the eclipse shows a bright solar disk as a ring of fire when viewed along its narrow, northerly shadow track across planet Earth. Cloudy early morning skies along the US east coast held gorgeous views of a partially eclipsed Sun though. Rising together Moon and Sun are captured in a sequence of consecutive frames near maximum eclipse in this digital composite, seen from Quincy Beach south of Boston, Massachusetts. The serendipitous sequence follows the undulating path of a bird in flight joining the Moon in silhouette with the rising Sun. Notable images submitted to APOD: This week's solar eclipse 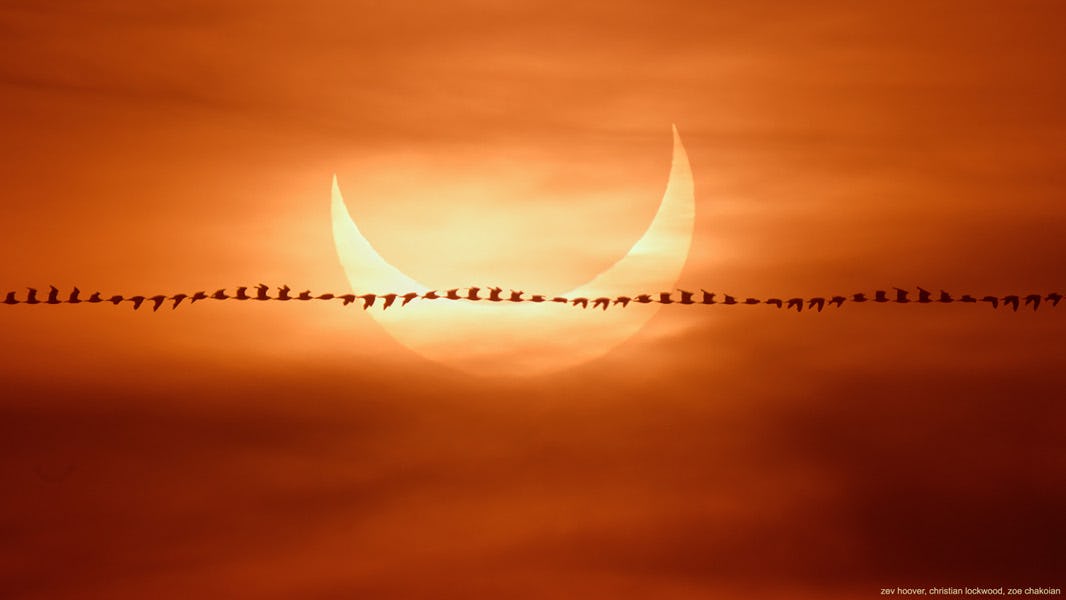