What's happening behind Uluru? A United Nations World Heritage Site, Uluru is an extraordinary 350-meter high mountain in central Australia that rises sharply from nearly flat surroundings. Composed of sandstone, Uluru has slowly formed over the past 300 million years as softer rock eroded away. In the background of the featured image taken in mid-May, a raging thunderstorm is visible. Far behind both Uluru and the thunderstorm is a star-filled sky highlighted by the constellation of Orion. The Uluru region has been a home to humans for over 22,000 years. Local indigenous people have long noted that when the stars that compose the modern constellation of Orion first appear in the night sky, a hot season involving lightning storms will soon be arriving. 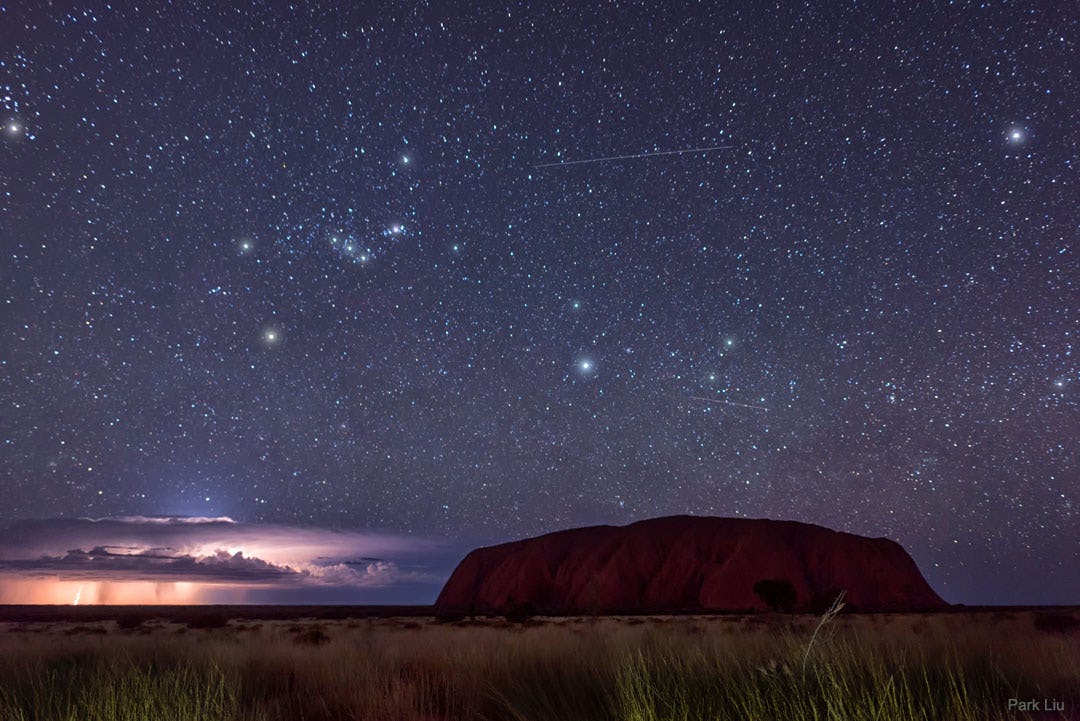