Of all the jobs, that had no fuss,
Was when I drove a yellow school bus.
It was a Superior body on a Kenworth frame.
A rear engine, seventy six passenger, it came,
With the drivers seat, at the front end.
When I turned a corner, I did extend
Out to the other side of the street
And that, in itself was an exiting feat.
Our job, was to pick up all the kids
And take to the schools , which we did.
Afternoons, we would go to each school,
Taking them all home, that was the rule.
Dropping off the kids at homes, far and near,
When I looked up into the big mirror,
I saw this small head, above the seat,
So I went back to the Barn, to repeat
My story to my boss and he did say.
We need to take him home, right away.
It was his first day, going to school,
Missed his stop and I broke the rule.

I walk at night.
I walk alone,
On my way,
without my phone.
There is no distraction.
No music to hear,
As I face my worries,
While acknowledging my fear.

A fear of failure now,
As your slow decline
Of memory loss,
Increases the damage.
Increases the cost
Of caring for you.
In a manner of good
For you my sweet one,
It must be understood,
For you can't help yourself,
On this Summer Day.
When you talk to me,
Upon rising and you say,
"What do I do next?"

So there I was,
talking out loud,
it was because,
I was in a crowd.
A crowd? Wait one,
I must admit,
the quiet has been nice,
but not at the
cost of the life
of others, of who I read.
No longer with us,
so many are dead.
Say what you will.
Do what is right.
How in the World,
do you sleep at night?

He stays hidden, in the plants.
I will find him waiting there
with his patience; he has plenty.
He waits there, he won't roam,
for he is a most faithful
the silent garden gnome 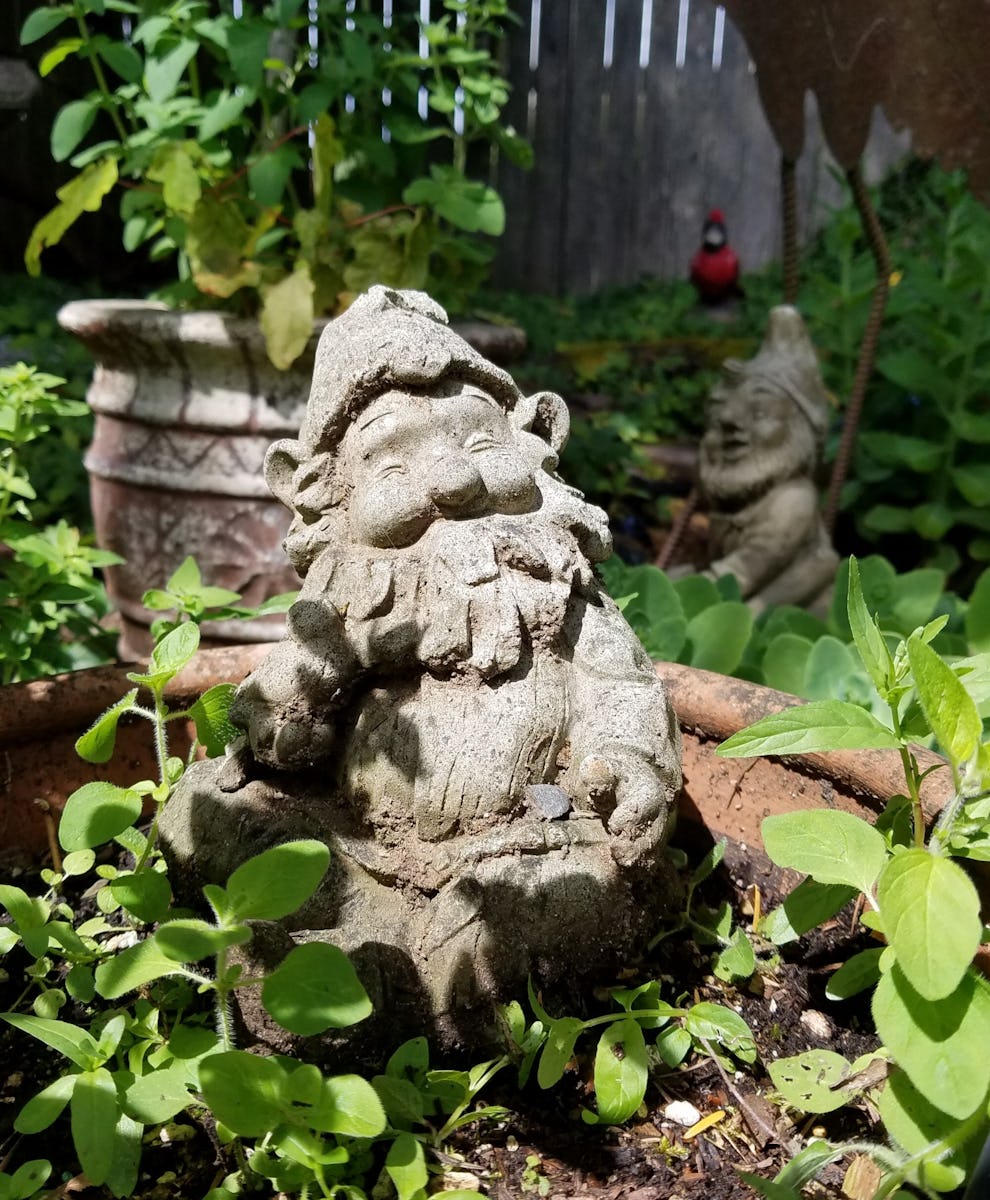