The surface of this planet looks a little like Mars. It's really planet Earth though. In a digitally stitched little planet projection, the 360 degree mosaic was captured near San Pedro in the Chilean Atacama desert. Telescopes in domes on the horizon are taking advantage of the arid region's famously dark, clear nights. Taken in early December, a magnificent Milky Way arcs above the horizon for almost 180 degrees around the little planet with Orion prominent in the southern sky. A familiar constellation upside down for northern hemisphere skygazers, Orion shares that southern December night almost opposite the Large and Small Magellanic clouds. But the Red Planet itself is the brightest yellowish celestial beacon in this little planet sky. Please take a short survey in aesthetics & astronomy: Sonification 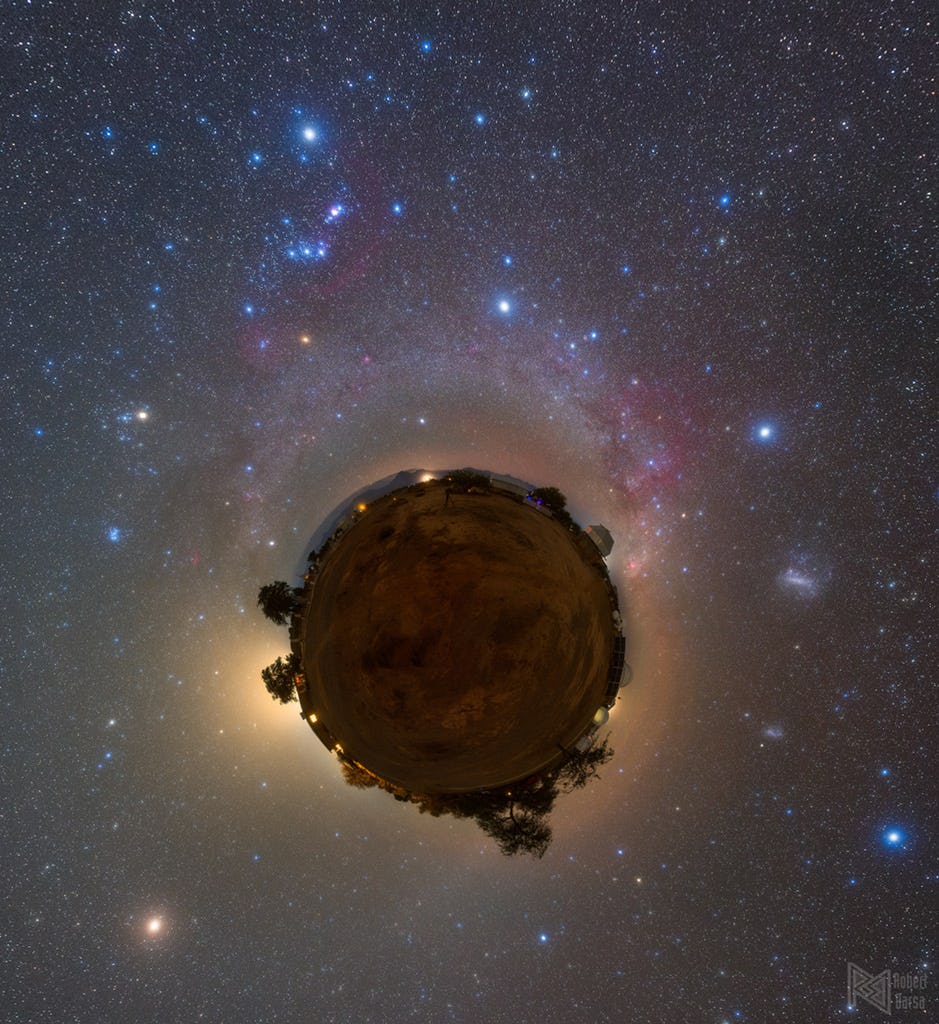