Mt. Etna has been erupting for hundreds of thousands of years. Located in Sicily, Italy, the volcano produces lava fountains over one kilometer high. Mt. Etna is not only one of the most active volcanoes on Earth, it is one of the largest, measuring over 50 kilometers at its base and rising nearly 3 kilometers high. Pictured erupting last month, a lava plume shoots upwards, while hot lava flows down the volcano's exterior. Likely satellite trails appear above, while ancient stars dot the sky far in the distance. This volcanic eruption was so strong that nearby airports were closed to keep planes from flying through the dangerous plume. The image foreground and background were captured consecutively by the same camera and from the same location. Please take a short survey in aesthetics & astronomy: Sonification 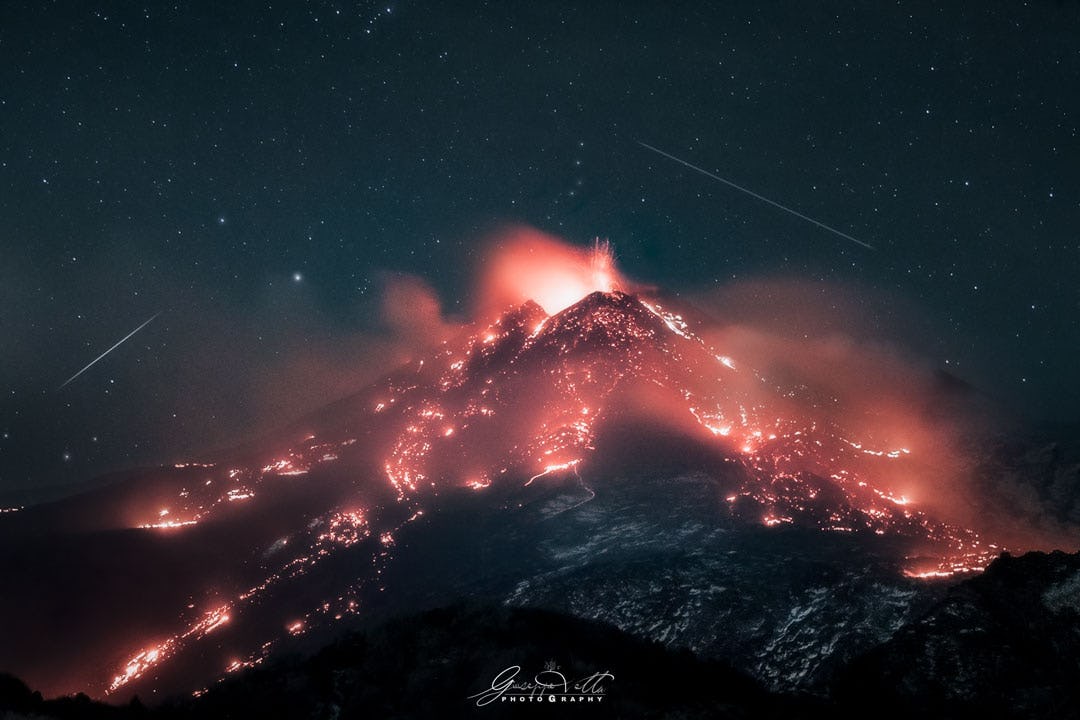