What if you could fly around Mars? NASA may have achieved that capability last month with the landing of Perseverance, a rover which included a small flight-worthy companion called Ingenuity, nicknamed Ginny. Even though Ginny is small -- a toaster-sized helicopter with four long legs and two even-longer (1.2-meter) rotors, she is the first of her kind -- there has never been anything like her before. After being deployed, possibly in April, the car-sized Perseverance ("Percy") will back away to give Ginny ample room to attempt her unprecedented first flight. In the featured artistic illustration, Ginny's long rotors are depicted giving her the lift she needs to fly into the thin Martian atmosphere and explore the area near Perseverance. Although Ingenuity herself will not fly very far, she is a prototype for all future airborne Solar-System robots that may fly far across not only Mars, but Titan. 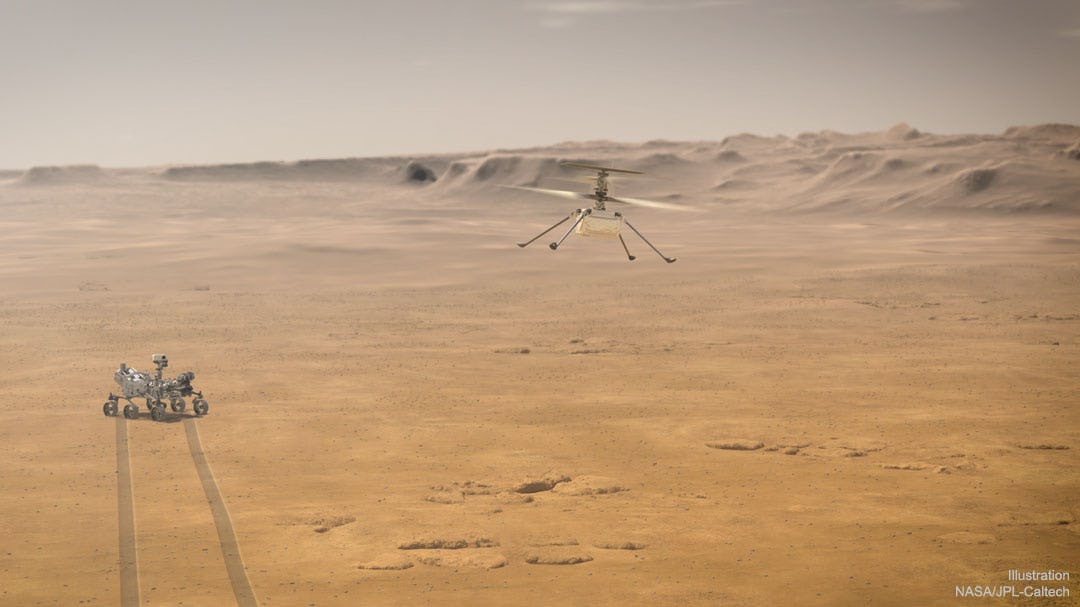