Fifty years ago this Sunday (February 7, 1971), the crew of Apollo 14 left lunar orbit and headed for home. They watched this Earthrise from their command module Kittyhawk. With Earth's sunlit crescent just peeking over the lunar horizon, the cratered terrain in the foreground is along the lunar farside. Of course, while orbiting the Moon, the crew could watch Earth rise and set, but from the lunar surface the Earth hung stationary in the sky over their landing site at Fra Mauro Base. Rock samples returned from Fra Mauro included a 20 pound rock nicknamed Big Bertha, determined to contain a likely fragment of a meteorite from planet Earth. Kept on board the Kittyhawk during the Apollo 14 mission was a cannister of 400-500 seeds that were later grown into Moon Trees. 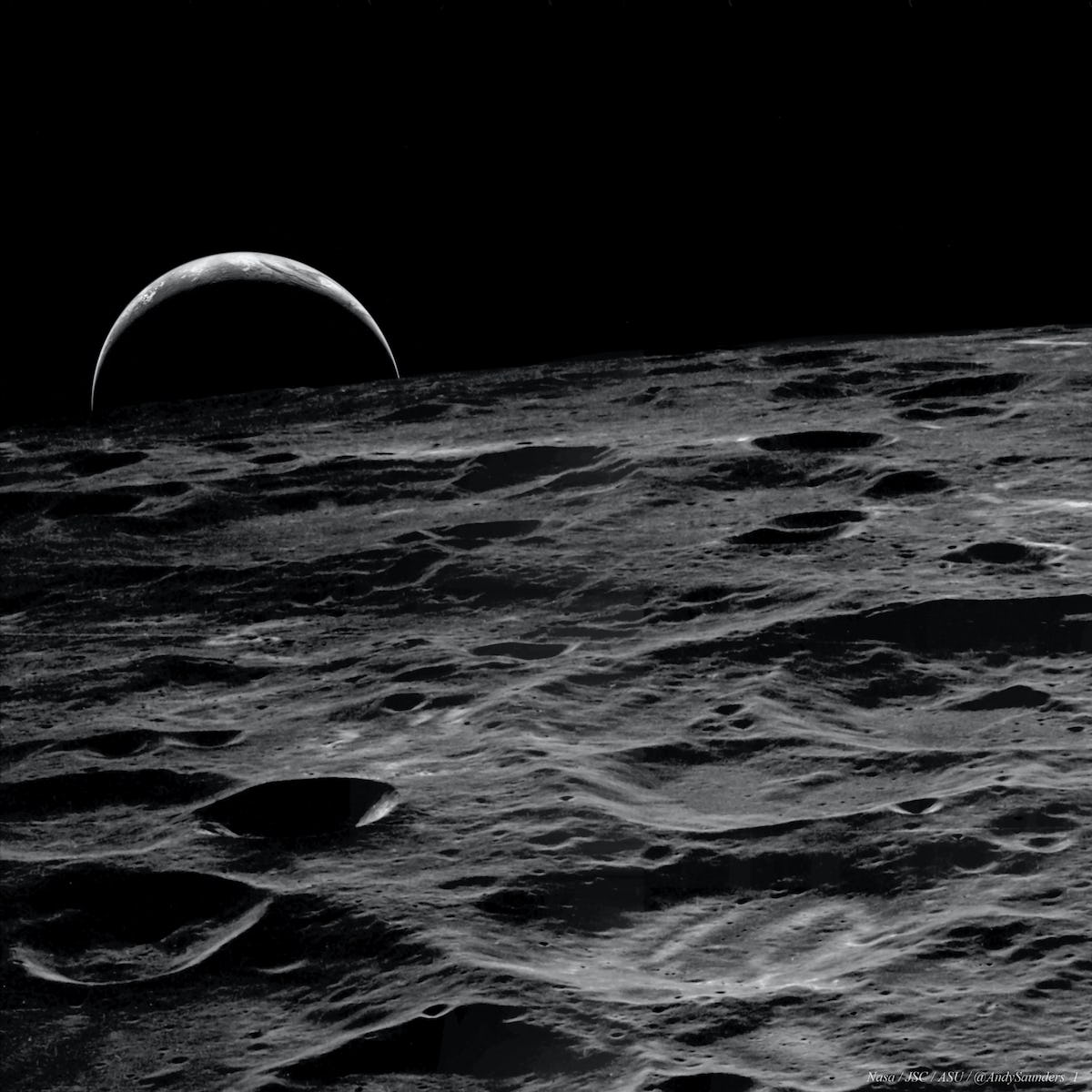