In the mid 19th century, one of the first photographic technologies used to record the lunar surface was the wet-plate collodion process, notably employed by British astronomer Warren De la Rue. To capture an image, a thick, transparent mixture was used to coat a glass plate, sensitized with silver nitrate, exposed at the telescope, and then developed to create a negative image on the plate. To maintain photographic sensitivity, the entire process, from coating to exposure to developing, had to be completed before the plate dried, in a span of about 10 to 15 minutes. This modern version of a wet-plate collodion image celebrates lunar photography's early days, reproducing the process using modern chemicals to coat a glass plate from a 21st century hardware store. Captured last November 28 with an 8x10 view camera and backyard telescope, it faithfully records large craters, bright rays, and dark, smooth mare of the waxing gibbous Moon. Subsequently digitized, the image on the plate was 8.5 centimeters in diameter and exposed while tracking for 2 minutes. The wet plate's effective photographic sensitivity was about ISO 1. In your smart phone, the camera sensor probably has a photographic sensitivity range of ISO 100 to 6400 (and needs to be kept dry ...). 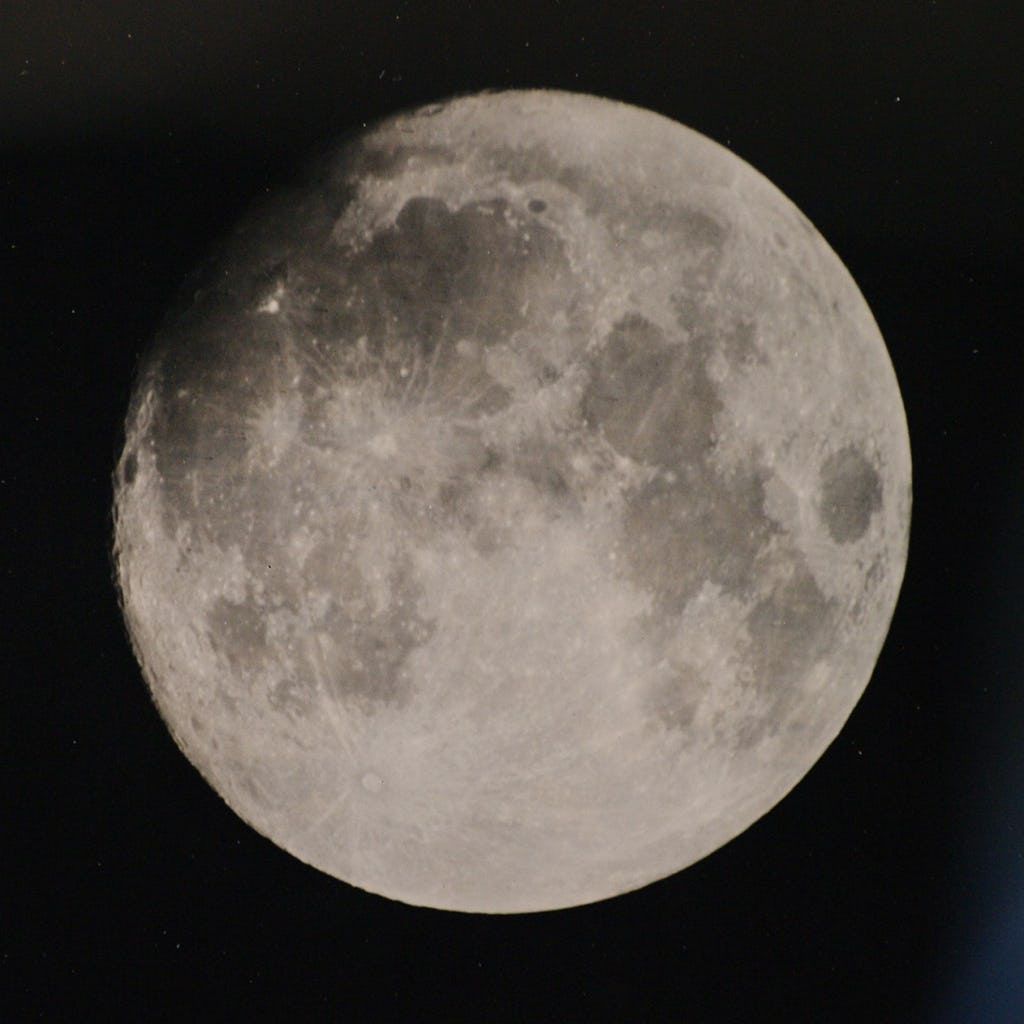