Familiar stars of a northern winter's night shine in this night skyview, taken near Zhangye, Gansu, China and the border with Inner Mongolia. During the early hours of December 17 Orion is near center in the single exposure that captures a fireball streaking across the sky, almost as bright as yellowish Mars shining on the right. Splitting Gemini's twin bright stars Castor and Pollux near the top of the frame, the fireball's trail and timing are consistent with the second skipping atmospheric entry of the Chang'e 5 mission's returner capsule. The returner capsule was successfully recovered after landing in Inner Mongolia, planet Earth with about 2 kilograms of lunar material on board. The lunar sample is thought to contain relatively young material collected near the Mons Rumker region of the Moon's Oceanus Procellarum. Launched on November 23 UT, China's Chang'e 5 mission is the first lunar sample return mission since the Soviet Union’s Luna 24 mission in 1976. 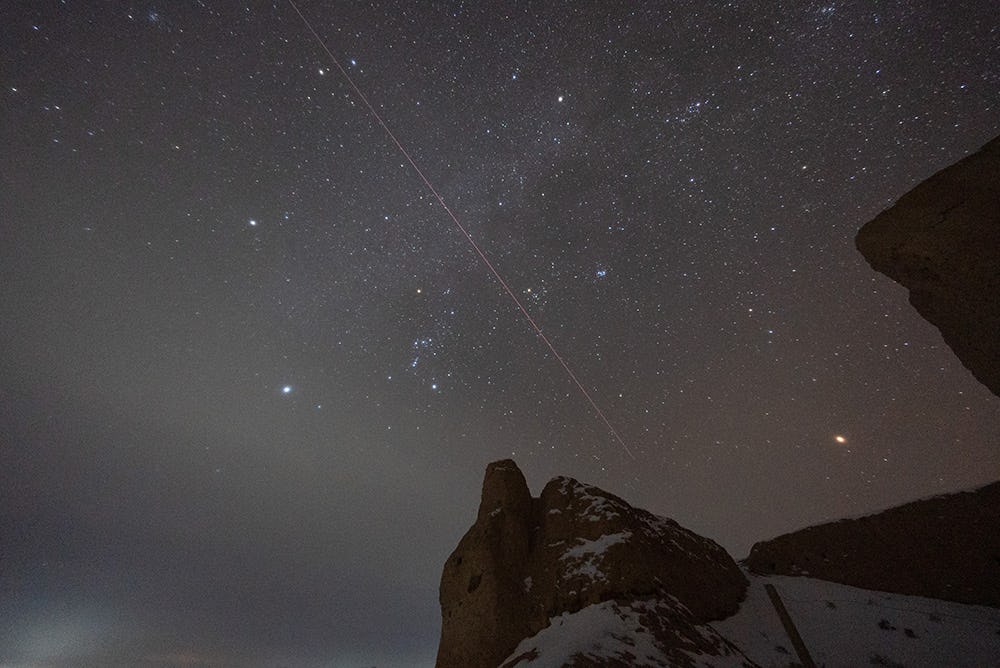