It was time for their close-up. Two days ago Jupiter and Saturn passed a tenth of a degree from each other in what is known a Great Conjunction. Although the two planets pass each other on the sky every 20 years, this was the closest pass in nearly four centuries. Taken early in day of the Great Conjunction, the featured multiple-exposure combination captures not only both giant planets in a single frame, but also Jupiter's four largest moons (left to right) Callisto, Ganymede, Io, and Europa -- and Saturn's largest moon Titan. If you look very closely, the clear Chilescope image even captures Jupiter's Great Red Spot. The now-separating planets can still be seen remarkably close -- within about a degree -- as they set just after the Sun, toward the west, each night for the remainder of the year. Gallery: Notable images of the Great Conjunction submitted to APOD 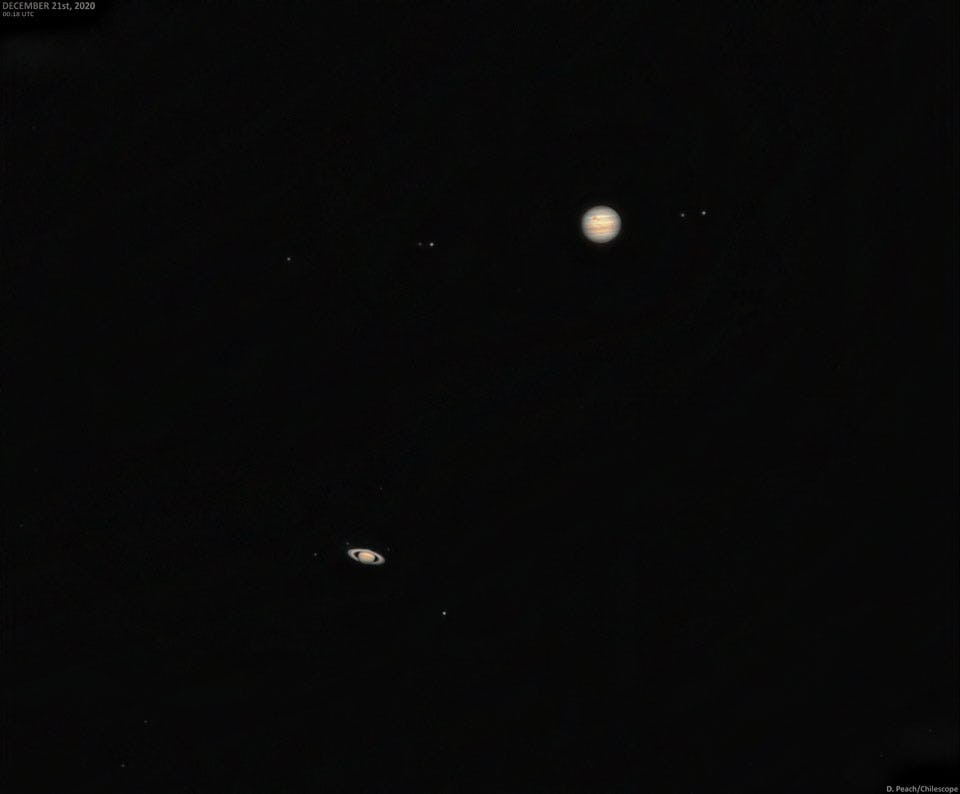