Where do land and sky converge? On every horizon -- but in this case the path on the ground leads to St Michael's Mount (Cornish: Karrek Loos yn Koos), a small historic island in Cornwall, England. The Mount is usually surrounded by shallow water, but at low tide is spanned by a human-constructed causeway. The path on the sky, actually the central band of our Milky Way Galaxy, also appears to lead to St Michael's Mount, but really lies far in the distance. The red nebula in the Milky Way, just above the castle, is the Lagoon Nebula, while bright Jupiter shines to the left, and a luminous meteor flashes to the right. The foreground and background images of this featured composite were taken on the same July night and from the same location. Although meteors are fleeting and the Milky Way disk shifts in the night as the Earth turns, Jupiter will remain prominent in the sunset sky into December. Moon Occults Mars: Notable images submitted to APOD 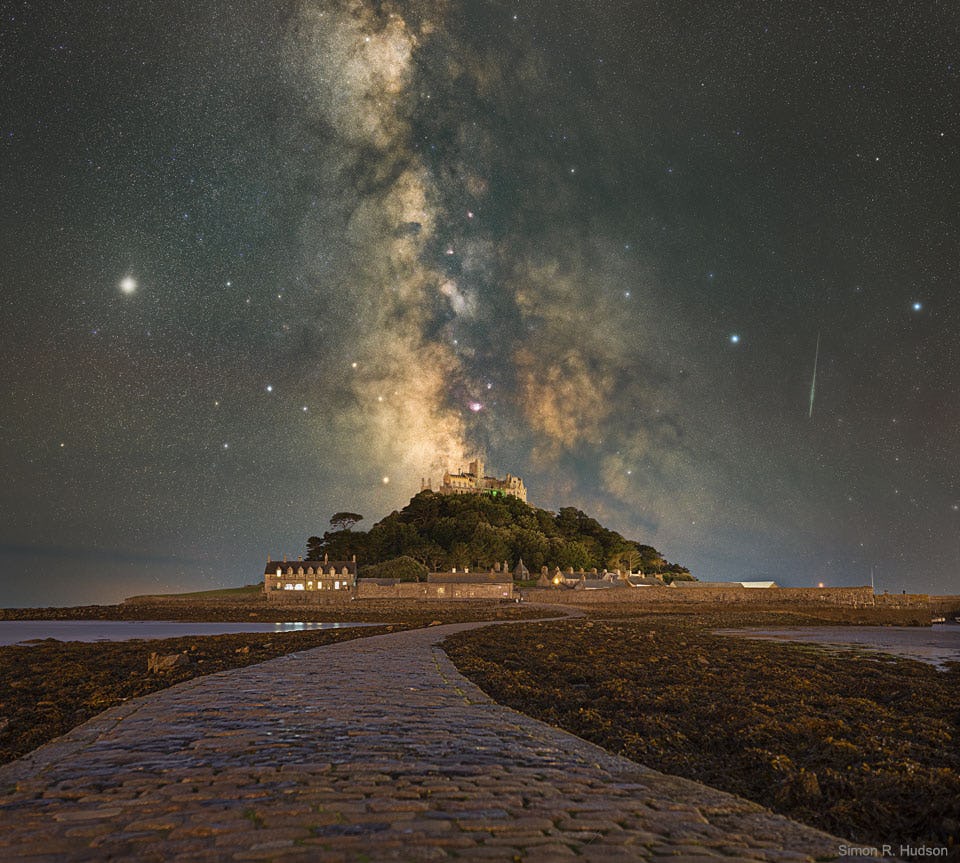