What planets are those behind that unusual rock spire? Saturn (lower left) and Jupiter.  This month, after sunset, the bright planetary duo are quite prominent toward the southeast.  Now your view of our Solar System's largest planets might not include a picturesque hoodoo in the foreground, nor the spectacular central band of our Milky Way Galaxy across the background, but should be quite eye-catching anyway.  The featured image is a composite of consecutive foreground and background exposures all taken in late May with the same camera and from the same location -- the badlands of the  Ah-Shi-Sle-Pah Wilderness in the San Juan Basin in New Mexico, USA.  The rock spire, informally dubbed 'Alien Throne', stands about 3 meters tall. Saturn and Jupiter will remain visible together after sunset for several months. 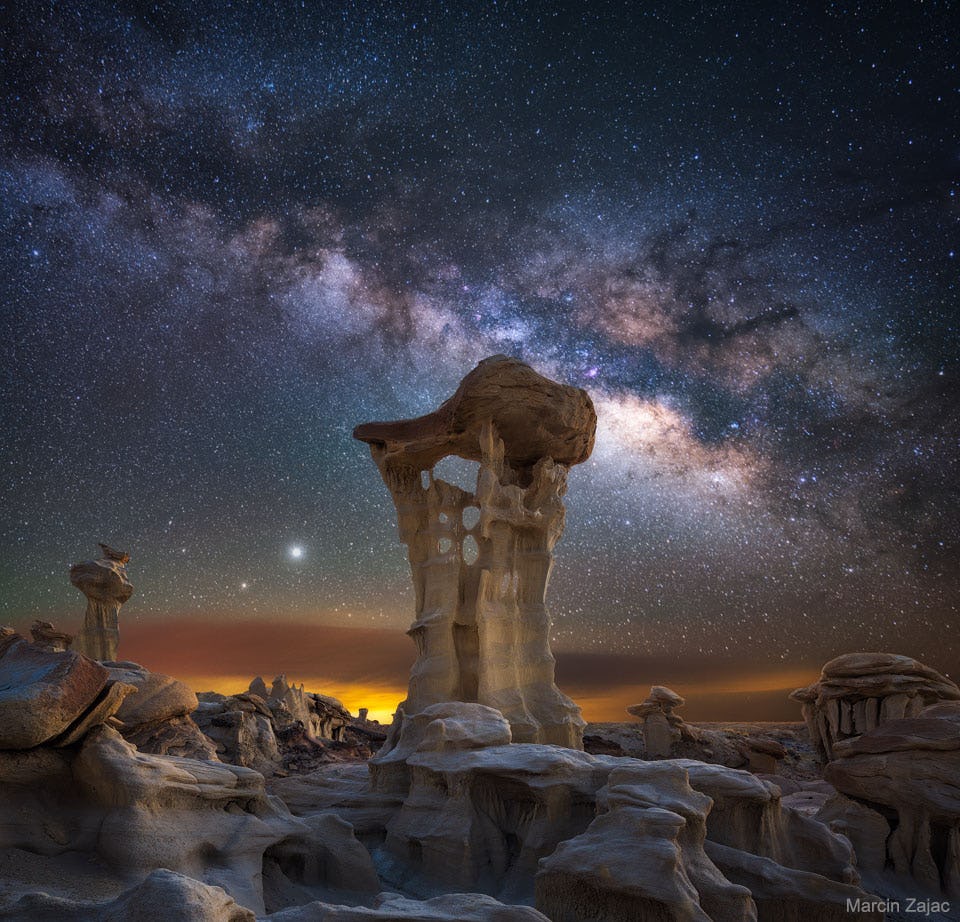