Would you brave wild animals to photograph this sky? One astrophotographer did -- and we all get to reap the rewards. First, thousands of stars were visible with many of the brightest impressively blue. Next, several red-glowing nebulae were discernible, including the California Nebula on the far right, and, above it, the Heart and Soul nebulae. But the real reason to brave the local wildlife was Comet NEOWISE, visible on the left. In the featured long-duration composite taken last week, Comet NEOWISE's blue-glowing ion tail points straight up, away from the rising Sun, while the Sun-reflecting dust tail trails off toward the right. The picture combines three exposures taken consecutively over 10 minutes from the same location near Miedzygórze, Poland. A moonlit dirt road shows the path ahead, while the Śnieznik Mountains is visible on the horizon. Comet C/2020 F3 (NEOWISE) passes its closest to the Earth next week, after which the 5-km wide, evaporating, icy dirtball will fade as it glides back to the outer Solar System. Notable Images of Comet NEOWISE Submitted to APOD: July || 19 || 18 || 17 || 16 || 15 || 14 || 13 || 12 || 11 || 10 & earlier || 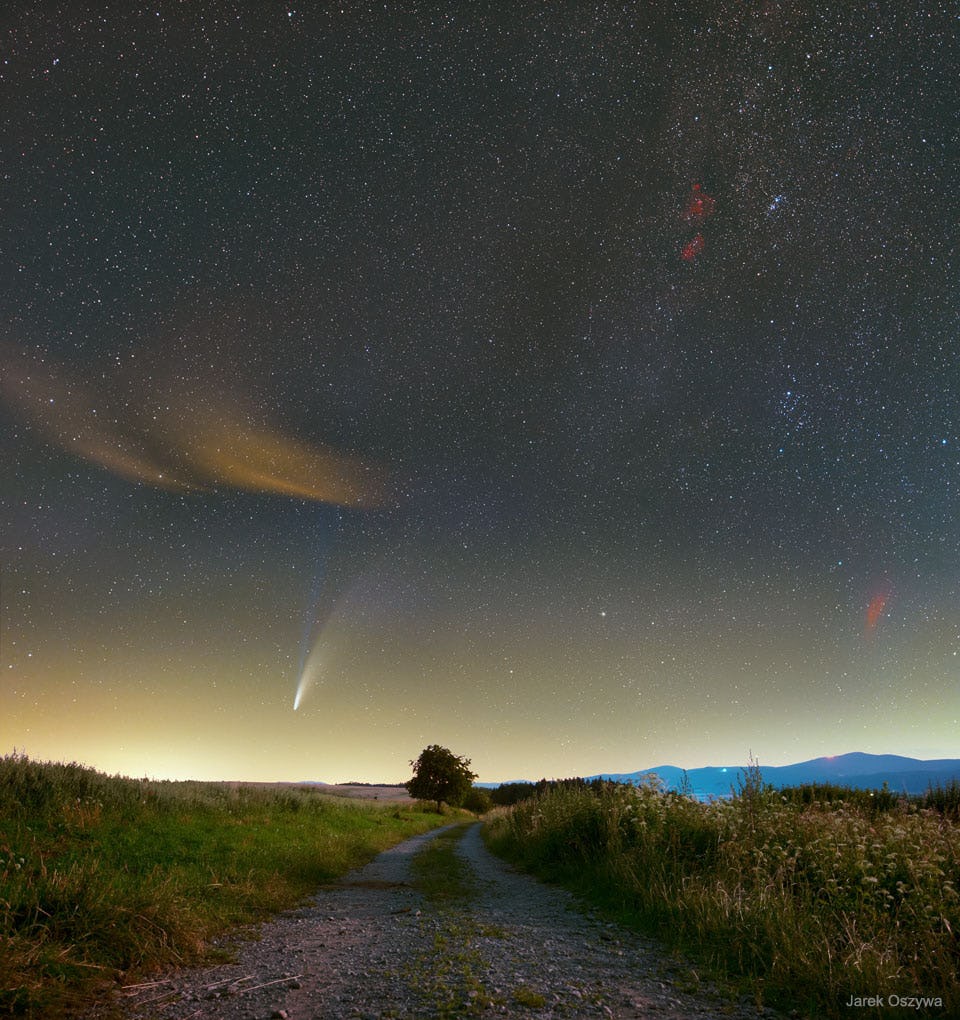