On June 21 an annular solar eclipse came soon after the solstice and our fair planet's northernmost sunset for 2020. At maximum eclipse, the New Moon in silhouette created a ring of fire visible along a narrow path at most 85 kilometers wide. The annular eclipse path began in central Africa, crossed south Asia and China, and ended over the Pacific Ocean. But a partial eclipse of the Sun was visible over a much broader region. In Hong Kong, this busy section of Jordan Street looks to the northwest, well-aligned with the track of the near solstice afternoon Sun. The street level view was composited with an eclipse sequence made with a safe solar filter on the camera. For that location the eclipse was partial. The Moon covered about 90 percent of the Sun's diameter at maximum, seen near the middle of the eclipse sequence. Gallery: Notable images of the Annular Solar Eclipse of 2020 June submitted to APOD 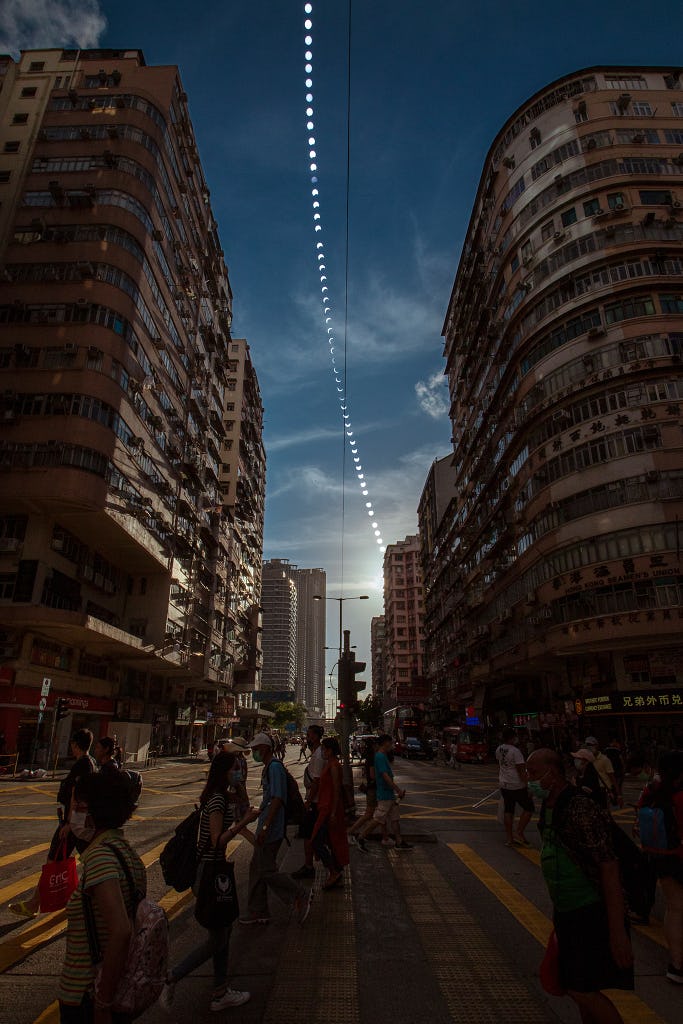