This telescopic close-up shows off the central regions of otherwise faint emission nebula IC 410, captured under backyard suburban skies with narrowband filters. It also features two remarkable inhabitants of the cosmic pond of gas and dust. Below and right of center are the tadpoles of IC 410. Partly obscured by foreground dust, the nebula itself surrounds NGC 1893, a young galactic cluster of stars. Formed in the interstellar cloud a mere 4 million years ago, the intensely hot, bright cluster stars energize the glowing gas. Composed of denser cooler gas and dust, the tadpoles are around 10 light-years long and are likely sites of ongoing star formation. Sculpted by stellar winds and radiation their heads are outlined by bright ridges of ionized gas while their tails trail away from the cluster's central young stars. IC 410 lies some 10,000 light-years away, toward the nebula-rich constellation Auriga. 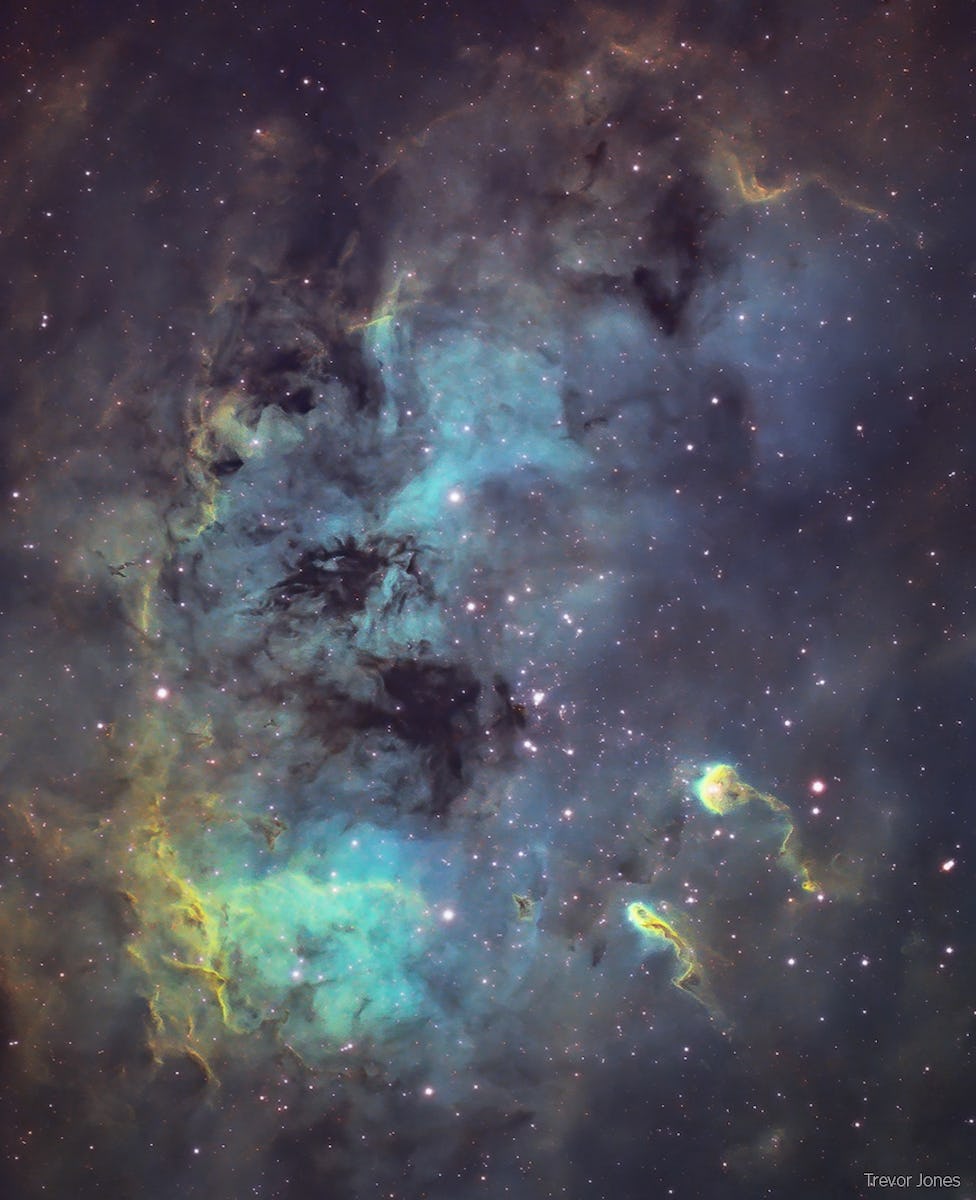