Inside the head of this interstellar monster is a star that is slowly destroying it. The huge monster, actually an inanimate series of pillars of gas and dust, measures light years in length. The in-head star is not itself visible through the opaque interstellar dust but is bursting out partly by ejecting opposing beams of energetic particles called Herbig-Haro jets. Located about 7,500 light years away in the Carina Nebula and known informally as Mystic Mountain, the appearance of these pillars is dominated by dark dust even though they are composed mostly of clear hydrogen gas. The featured image was taken with the Hubble Space Telescope. All over these pillars, the energetic light and winds from massive newly formed stars are evaporating and dispersing the dusty stellar nurseries in which they formed. Within a few million years, the head of this giant, as well as most of its body, will have been completely evaporated by internal and surrounding stars. APOD across world languages: Arabic, Catalan, Chinese (Beijing), Chinese (Taiwan), Croatian, Czech, Dutch, Farsi, French, French, German, Hebrew, Indonesian, Japanese, Korean, Montenegrin, Polish, Russian, Serbian, Slovenian, Spanish and Ukrainian 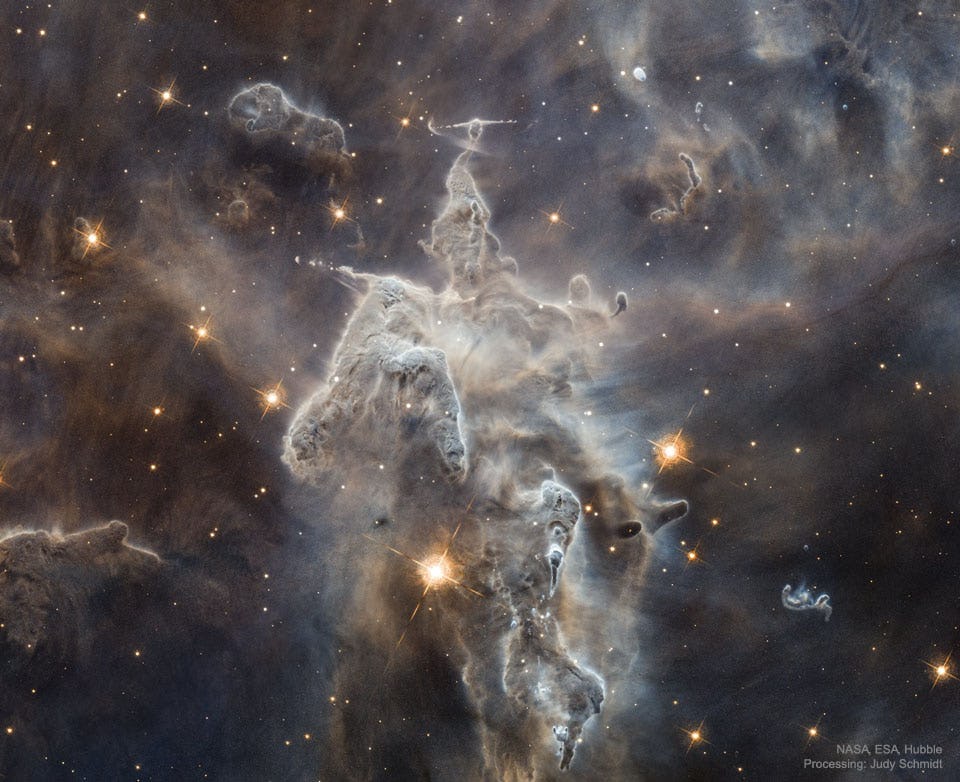