Do other stars have planetary systems like our own? Yes -- one such system is Kepler-90. Cataloged by the Kepler satellite that operated from Earth orbit between 2009 and 2018, eight planets were discovered, giving Kepler-90 the same number of known planets as our Solar System. Similarities between Kepler-90 and our system include a G-type star comparable to our Sun, rocky planets comparable to our Earth, and large planets comparable in size to Jupiter and Saturn. Differences include that all of the known Kepler-90 planets orbit relatively close in -- closer than Earth's orbit around the Sun -- making them possibly too hot to harbor life. However, observations over longer time periods may discover cooler planets farther out. Kepler-90 lies about 2,500 light years away, and at magnitude 14 is visible with a medium-sized telescope toward the constellation of the Dragon (Draco). The exoplanet-finding mission TESS was launched in 2018, while missions with exoplanet finding capability planned for launch in the next decade include NASA's JWST and WFIRST. Experts Debate: How will humanity first discover extraterrestrial life? 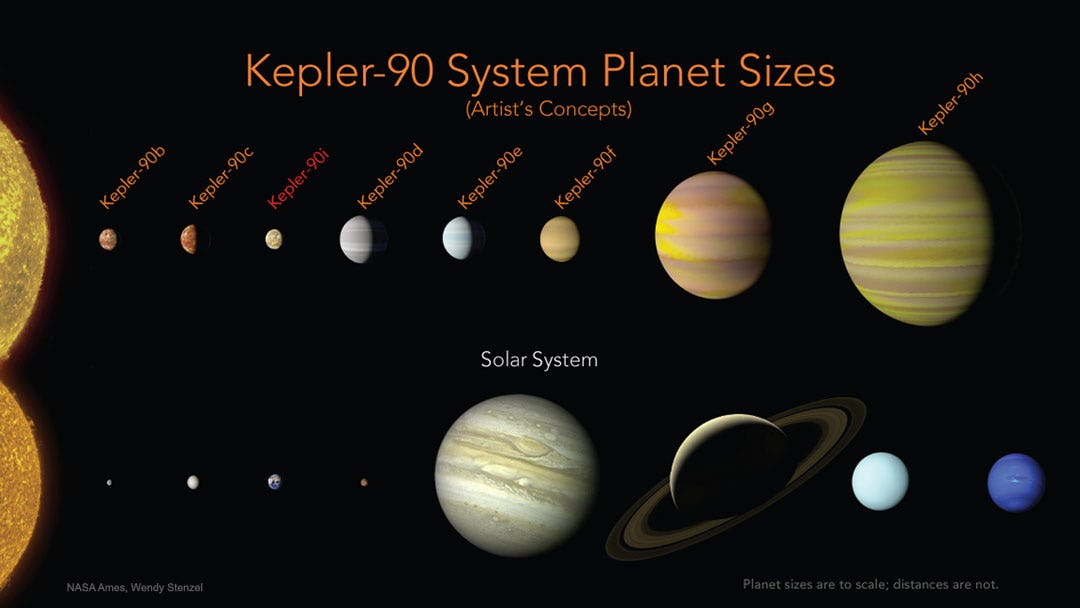