This surreal timelapse, landscape, panorama spans predawn, blue hour, and sunrise skies. Close to the start of planet Earth's northern hemisphere spring, the flow of time was captured between 4:30 and 7:00 am from a location overlooking northern New Mexico's Rio Grande Valley. In tracked images of the night sky just before twilight begins, the Milky Way is cast across the southern (right) edge of the panoramic frame. Toward the east, a range of short and long exposures resolves the changing brightness as the Sun rises over the distant peaks of the Sangre de Cristo Mountains. In between, exposures made during the spring morning's tantalizing blue hour are used to blend the night sky and sunrise over the high desert landscape. 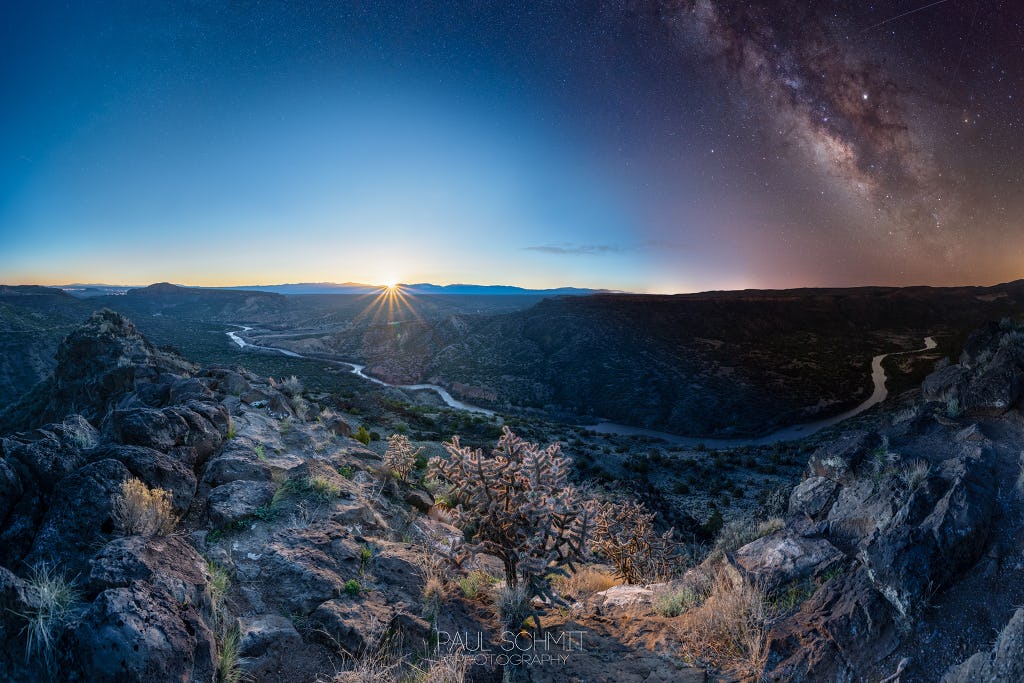