What's happened to the Sun? Yesterday, if you were in the right place at the right time, you could see the Sun rise partially eclipsed by the Moon. The unusual sight was captured in dramatic fashion in the featured image not only directly, in a sequence of six images, but also in reflection from Soltan Salt Lake in Iran. The almost-white Sun appears dimmer and redder near the horizon primarily because Earth's atmosphere preferentially scatters away more blue light. Yesterday's partial solar eclipse appeared in the sky over much of Asia and Australia, but those with a clear enough sky in a thin band across the Earth's surface were treated to a more complete annular solar eclipse -- where the Moon appears completely surrounded by the Sun in what is known as a ring of fire. The next annular solar eclipse will occur in 2020 June. Notable Images Submitted to APOD: The Partial Solar Eclipse of 2019 December 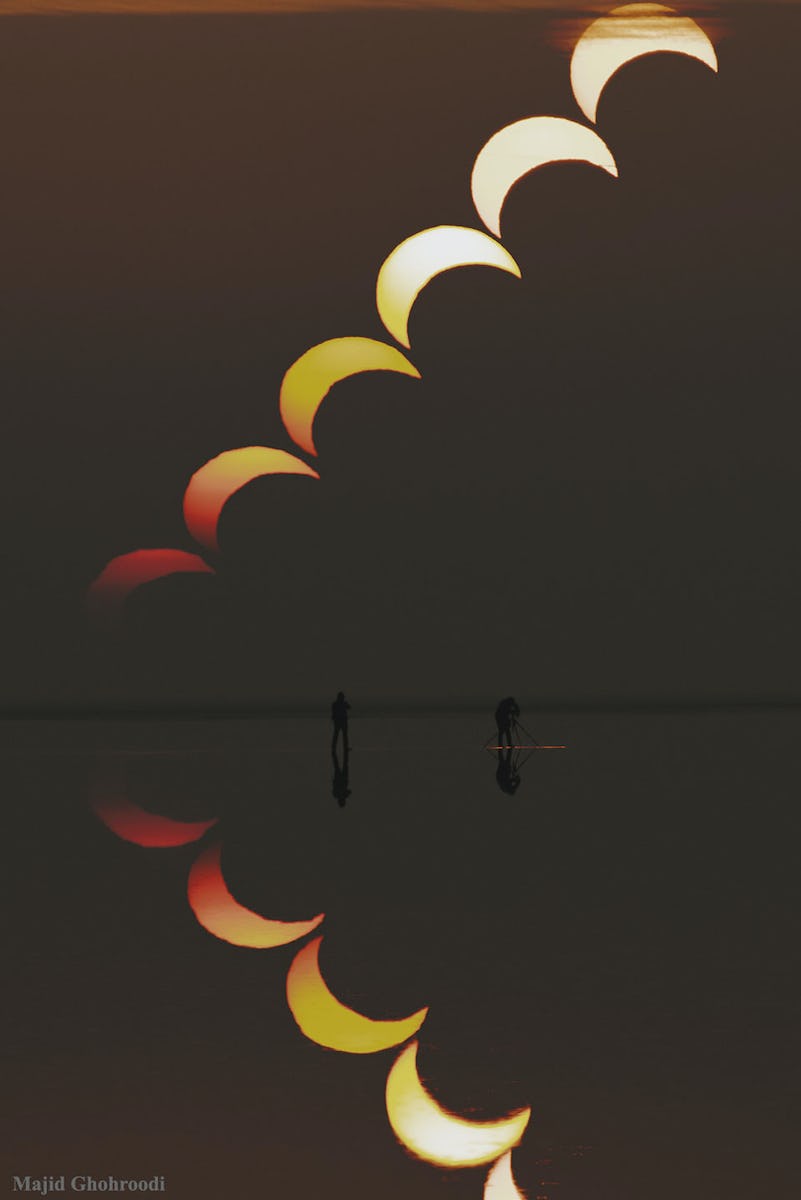