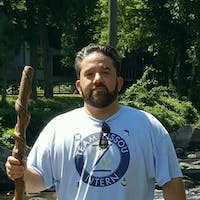 I took this picture in October of this past year at the Virgin Falls state natural area in Sparta, Tennessee. These are the hidden caves at the base of Virgin Falls. They are normally hidden behind a torrent of rushing water but due to the drought, they were quite visible. They are nearly unreachable, however, and can only be accessed by rapelling down from the top of the falls. There is a danger of being lost in the mountain. These falls drain back into the mountain via a large hole at the bottom. From what ive been told, noone knows how deep this hole is and numerous people have been lost after falling into it, never to be seen again. I tried to access the caves from.the base of the falls but everything down there is coated in slippery algae and there's a large nest of giant Japanese hornets living beneath the rocks and debris. They kept flying into me, bouncing of my chest as a warning so I didn't stick around to get stung. 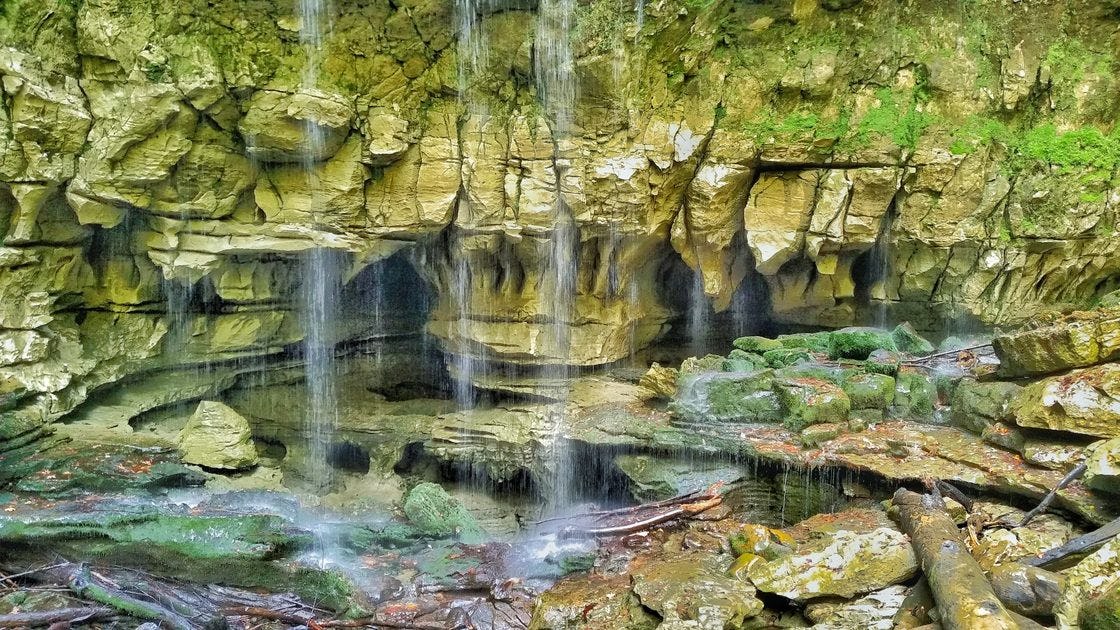 In addition to being a good photographer, you are also a good writer. I enjoy a photo so much more when there is a story to go with it! Nice!