On October 25th, Sun and New Moon set together as seen from Agra, India. Their close conjunction near the western horizon, a partial solar eclipse, was captured in this elevated view in hazy skies near the solitary dome of the Taj Mahal. Of course, the partial solar eclipse was also seen from most of Europe, northern Africa, the Middle East, and western parts of Asia. This eclipse was the last of two solar eclipses (both partial eclipses) in 2022. But the next Full Moon will slide through planet Earth's shadow on November 7/8, in a total lunar eclipse.

Photo by Neelam and Ajay Talwar 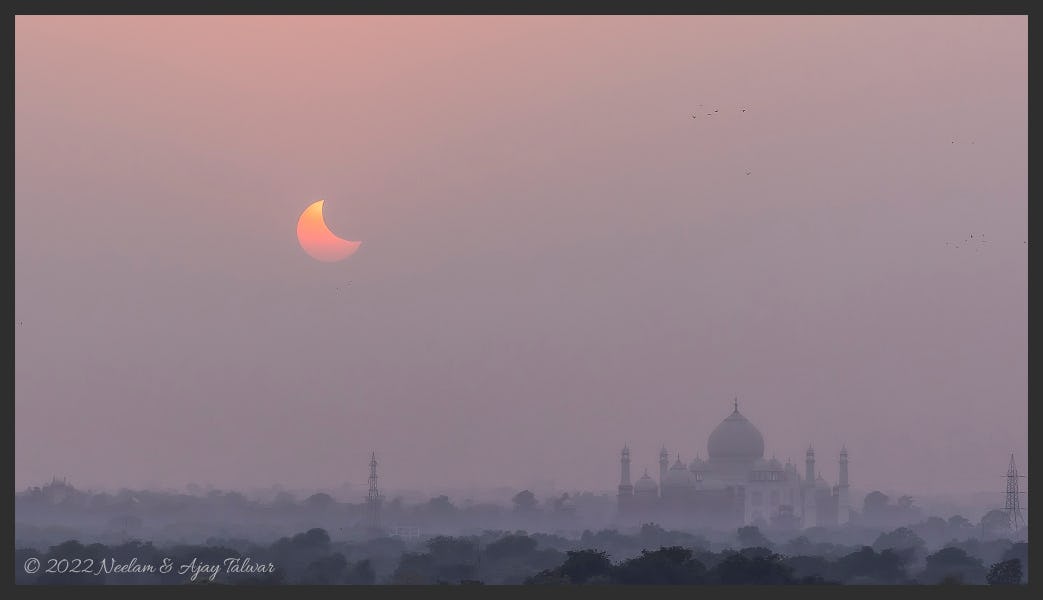