At opposition, opposite the Sun in Earth's sky, late last month Jupiter is also approaching perihelion, the closest point to the Sun in its elliptical orbit, early next year. That makes Jupiter exceptionally close to our fair planet, currently resulting in excellent views of the Solar System's ruling gas giant. On September 27, this sharp image of Jupiter was recorded with a small telescope from a backyard in Florence, Arizona. The stacked video frames reveal the massive world bounded by planet girdling winds. Dark belts and light zones span the gas giant, along with rotating oval storms and its signature Great Red Spot. Galilean moon Ganymede is below and right in the frame. The Solar System's largest moon and its shadow are in transit across the southern Jovian cloud tops. 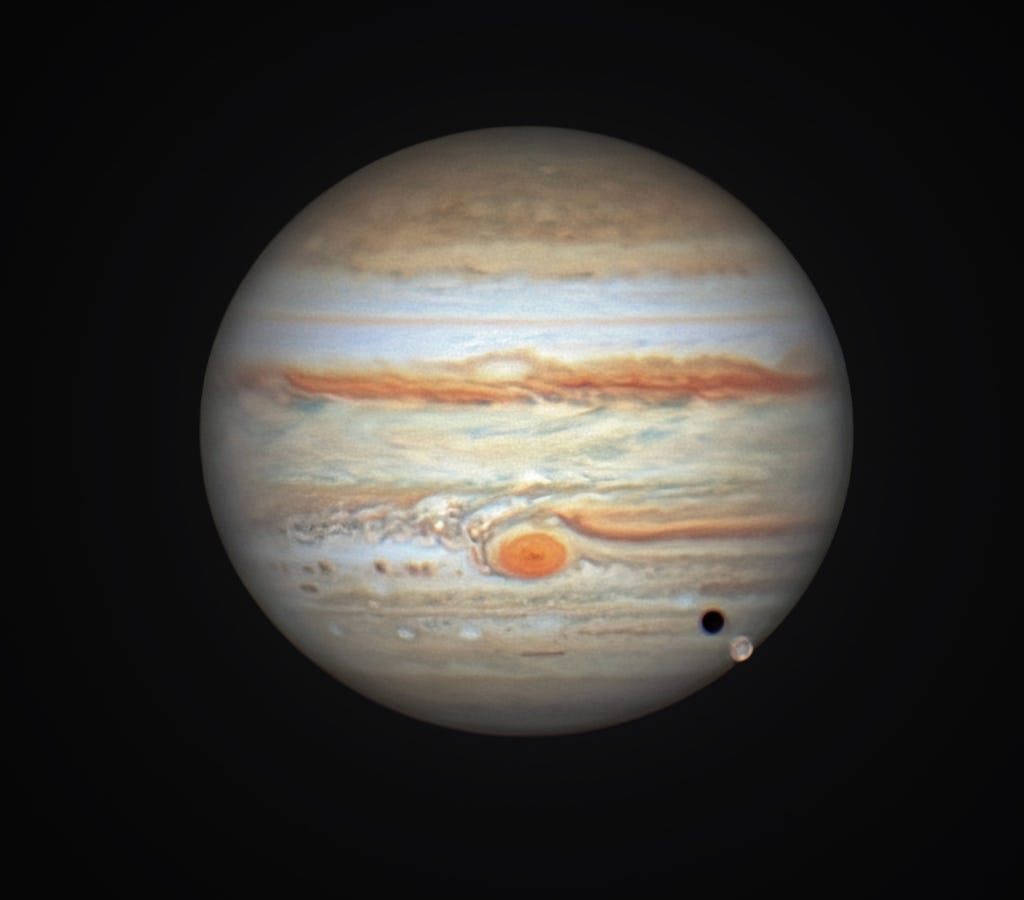