To some, it looks like a wheel of a cart. In fact, because of its outward appearance, the presence of a central galaxy, and its connection with what looks like the spokes of a wheel, the galaxy on the right is known as the Cartwheel Galaxy. To others, however, it looks like a complicated interaction between galaxies awaiting explanation. Along with the two galaxies on the left, the Cartwheel is part of a group of galaxies about 500 million light years away in the constellation Sculptor. The large galaxy's rim spans over 100,000 light years and is composed of star forming regions filled with extremely bright and massive stars. The Cartwheel's ring-like shape is the result of gravitational disruption caused by a smaller galaxy passing through a large one, compressing the interstellar gas and dust and causing a star formation wave to move out like a ripple across the surface of a pond. The featured recent image of the Cartwheel Galaxy by the Webb Space Telescope reveals new details not only about where stars are forming, but also about activity near the galaxy's central black hole. Teachers & Students: Ideas for utilizing APOD in the classroom 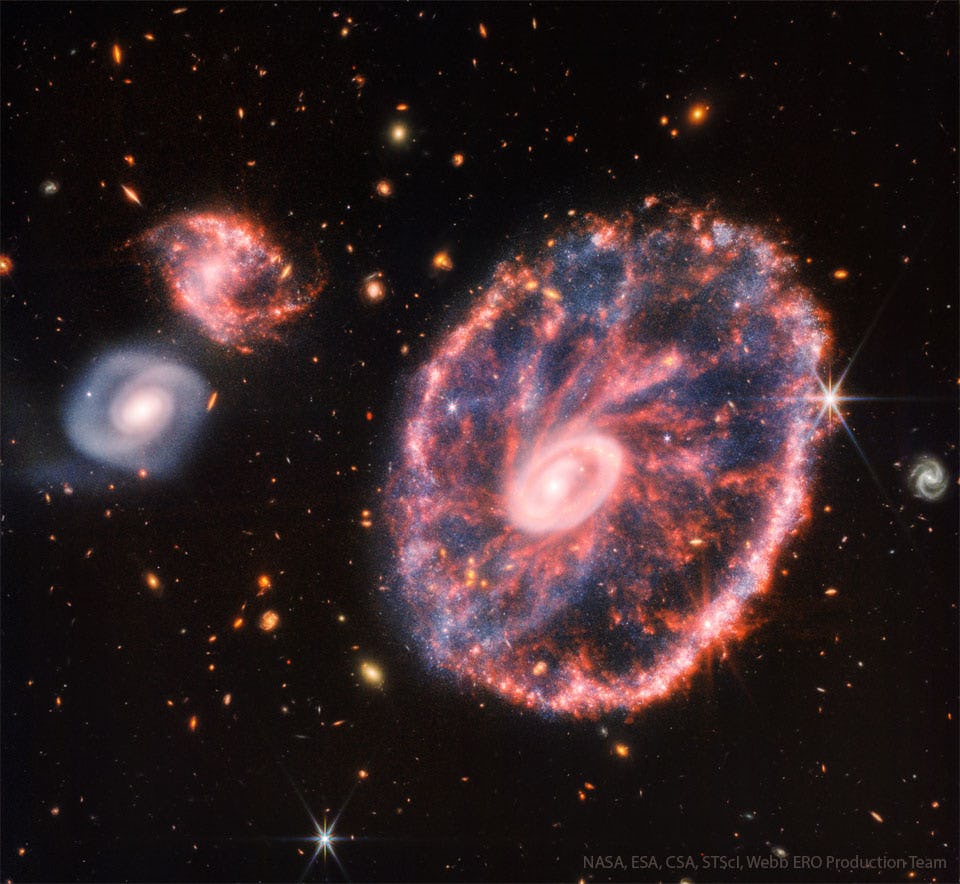