OK, but why can't you combine images from Webb and Hubble? You can, and today's featured image shows one impressive result. Although the recently launched James Webb Space Telescope (Webb) has a larger mirror than Hubble, it specializes in infrared light and can't see blue -- only up to about orange. Conversely, the Hubble Space Telescope (Hubble) has a smaller mirror than Webb and can't see as far into the infrared as Webb, but can image not only blue light but even ultraviolet. Therefore, Webb and Hubble data can be combined to create images across a wider variety of colors. The featured image of four galaxies from Stephan's Quintet shows Webb images as red and also includes images taken by Japan's ground-based Subaru telescope in Hawaii. Because image data for Webb, Hubble, and Subaru are made freely available, anyone around the world can process it themselves, and even create intriguing and scientifically useful multi-observatory montages. Stephan's Quintet from just: Webb, Hubble 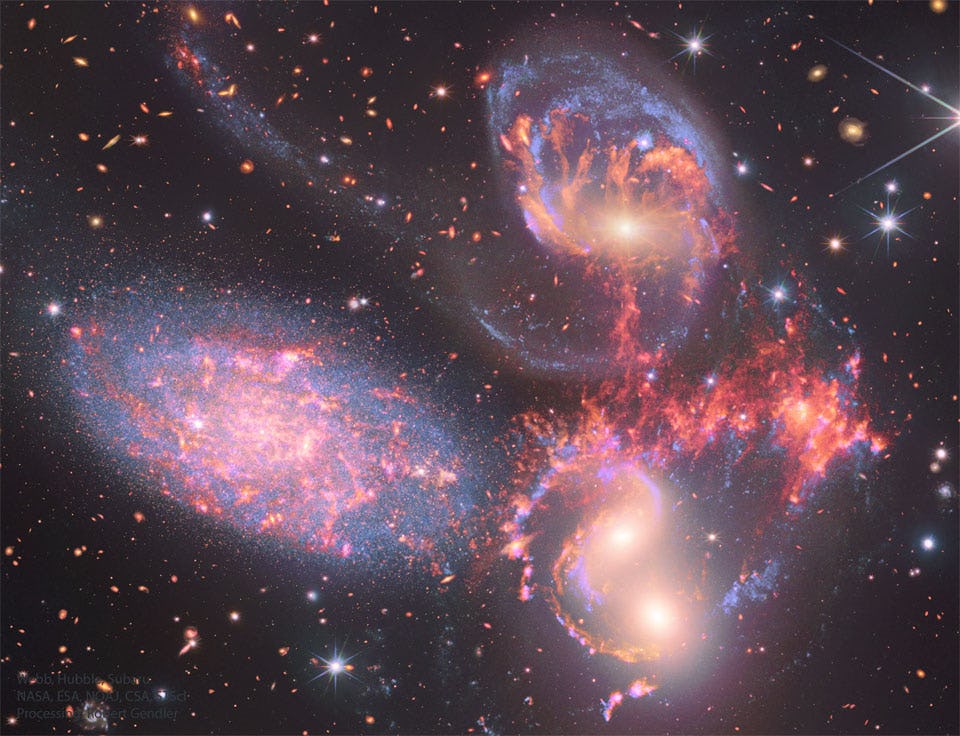