Soaring high in skies around planet Earth, bright planet Saturn was a star of June's morning planet parade. But very briefly on June 24 it posed with a bright object in low Earth orbit, the International Space Station. On that date from a school parking lot in Temecula, California the ringed-planet and International Space Station were both caught in this single high-speed video frame. Though Saturn was shining at +0.5 stellar magnitude the space station was an even brighter -3 on the magnitude scale. That difference in brightness is faithfully represented in the video capture frame. In the challenging image, the orbiting ISS was at a range of 602 kilometers. Saturn was about 1.4 billion kilometers from the school parking lot. 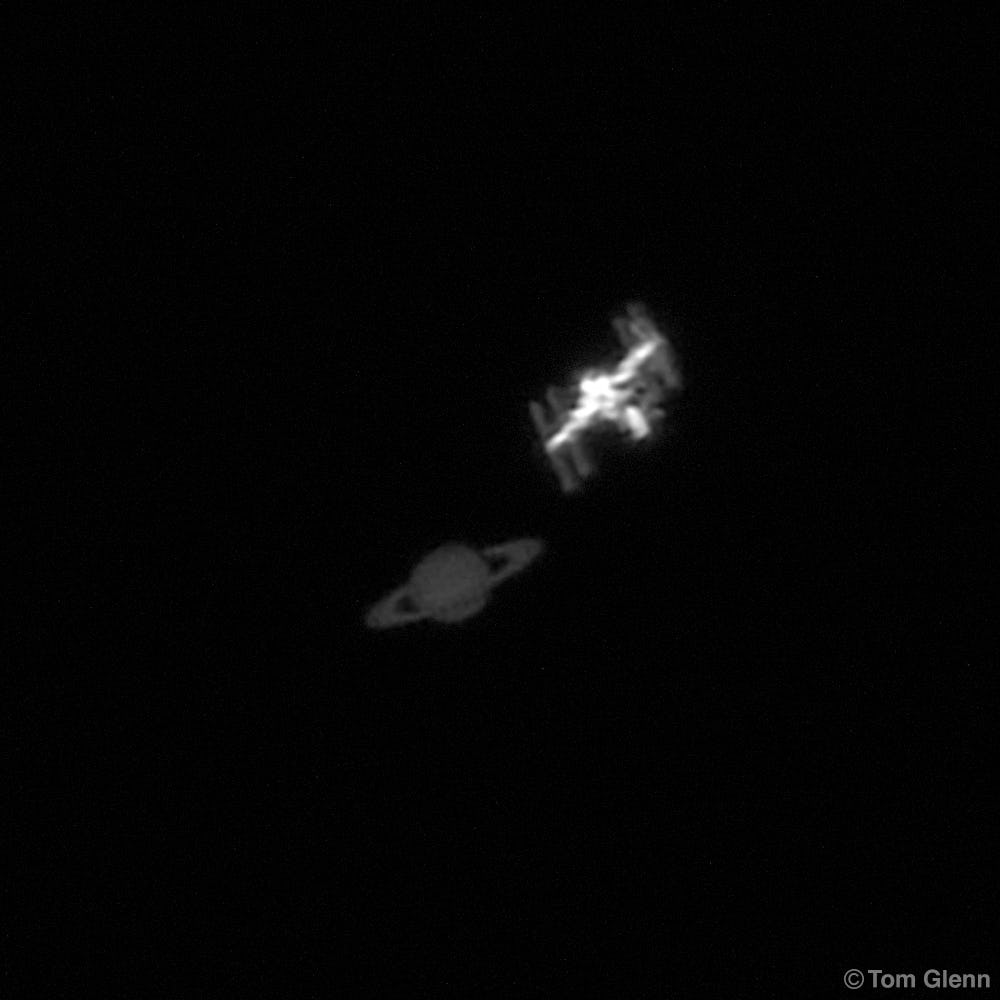