No, the car was not in danger of being vacuumed into space by the big sky vortex. For one reason, the vortex was really an aurora, and since auroras are created by particles striking the Earth from space, they do not create a vacuum. This rapidly developing auroral display was caused by a Coronal Mass Ejection from the Sun that passed by the Earth closely enough to cause a ripple in Earth's magnetosphere. The upper red parts of the aurora occur over 250 kilometers high with its red glow created by atmospheric atomic oxygen directly energized by incoming particles. The lower green parts of the aurora occur over 100 kilometers high with its green glow created by atmospheric atomic oxygen energized indirectly by collisions with first-energized molecular nitrogen. Below 100 kilometers, there is little atomic oxygen, which is why auroras end abruptly. The concentric cylinders depict a dramatic auroral corona as seen from the side. The featured image was created from a single 3-second exposure taken in mid-March over Lake Myvatn in Iceland. April is: Global Astronomy Month 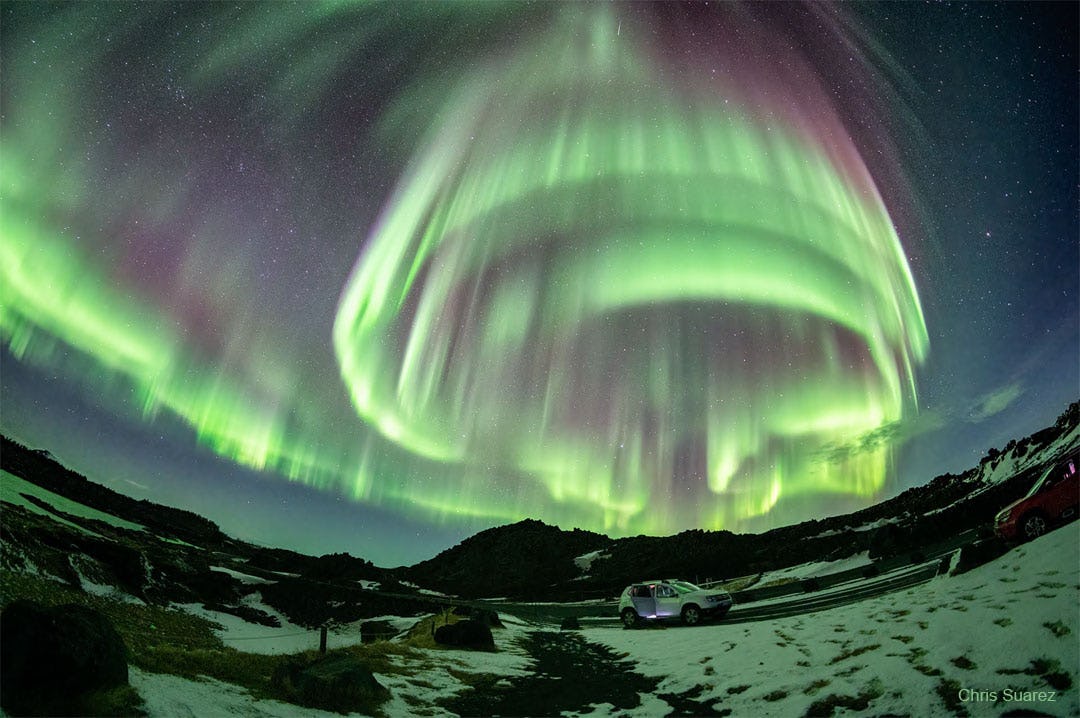