What causes a blue band to cross the Moon during a lunar eclipse? The blue band is real but usually quite hard to see. The featured HDR image of last week's lunar eclipse, however -- taken from Yancheng, China -- has been digitally processed to equalize the Moon's brightness and exaggerate the colors. The gray color of the bottom right is the Moon's natural color, directly illuminated by sunlight. The upper left part of the Moon is not directly lit by the Sun since it is being eclipsed -- it in the Earth's shadow. It is faintly lit, though, by sunlight that has passed deep through Earth's atmosphere. This part of the Moon is red -- and called a blood Moon -- for the same reason that Earth's sunsets are red: because air scatters away more blue light than red. The unusual blue band is different -- its color is created by sunlight that has passed high through Earth's atmosphere, where red light is better absorbed by ozone than blue. A total eclipse of the Sun will occur this weekend but, unfortunately, totality be visible only near the Earth's South Pole. Almost Hyperspace: Random APOD Generator 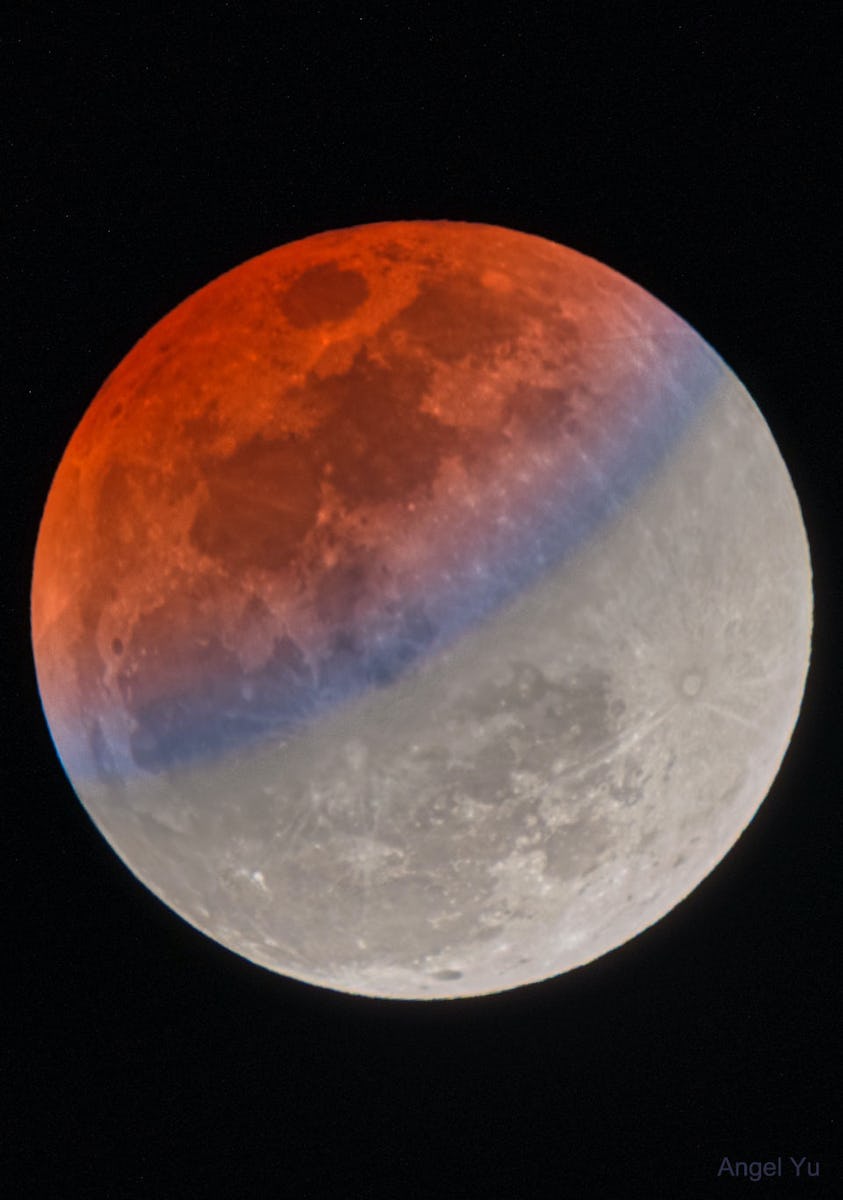