Gettin' together to smile an' rejoice,
An' eatin' an' laughin' with folks of your choice;
An' kissin' the girls an' declarin' that they
Are growin' more beautiful day after day;
Chattin' an' braggin' a bit with the men,
Buildin' the old family circle again;
Livin' the wholesome an' old-fashioned cheer,
Just for awhile at the end of the year.

Greetings fly fast as we crowd through the door
And under the old roof we gather once more
Just as we did when the youngsters were small;
Mother's a little bit grayer, that's all.
Father's a little bit older, but still
Ready to romp an' to laugh with a will.
Here we are back at the table again
Tellin' our stories as women an' men.

Bowed are our heads for a moment in prayer;
Oh, but we're grateful an' glad to be there.
Home from the east land an' home from the west,
Home with the folks that are dearest an' best.
Out of the sham of the cities afar
We've come for a time to be just what we are.
Here we can talk of ourselves an' be frank,
Forgettin' position an' station an' rank.

Give me the end of the year an' its fun
When most of the plannin' an' toilin' is done;
Bring all the wanderers home to the nest,
Let me sit down with the ones I love best,
Hear the old voices still ringin' with song,
See the old faces unblemished by wrong,
See the old table with all of its chairs
An' I'll put soul in my Thanksgivin' prayers.

Edgar Albert Guest (1881 – 1959) was a British-born American poet who became known as the People's Poet. His family moved from England to Detroit, Michigan when he was ten years old and he lived there the rest of his life. He worked for the Detroit Free Press for 64 years. He published more than twenty volumes of poetry and was thought to have written over 12,000 poems. His poems often had an inspirational and optimistic view of everyday life. Of his poems he said, "I take simple everyday things that happen to me and I figure it happens to a lot of other people and I make simple rhymes out of them. "His popularity led NBC to produce a weekly 15-minute radio program, “Guest in Your Home,” which ran from 1931 to 1942.The Joplin Globe editorialized his passing by quoting Philip Coldren, the late editorial page editor who wrote that the key to Guest’s greatness was “that among the thousands of Guest poems, ‘there has not been a single one that has promoted wickedness or meanness or anything else but kindness and gentleness and peace and hope." 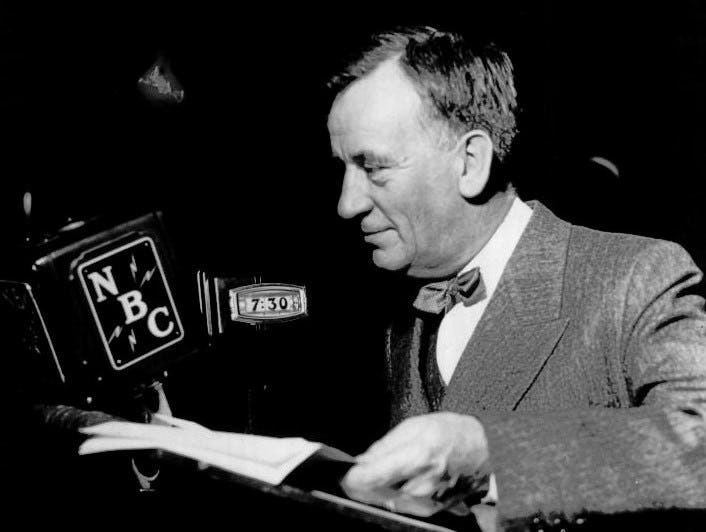