Where did this big ball of stars come from? Palomar 6 is one of about 200 globular clusters of stars that survive in our Milky Way Galaxy. These spherical star-balls are older than our Sun as well as older than most stars that orbit in our galaxy's disk. Palomar 6 itself is estimated to be about 12.5 billion years old, so old that it is close to -- and so constrains -- the age of the entire universe. Containing about 500,000 stars, Palomar 6 lies about 25,000 light years away, but not very far from our galaxy's center. At that distance, this sharp image from the Hubble Space Telescope spans about 15 light-years. After much study including images from Hubble, a leading origin hypothesis is that Palomar 6 was created -- and survives today -- in the central bulge of stars that surround the Milky Way's center, not in the distant galactic halo where most other globular clusters are now found. 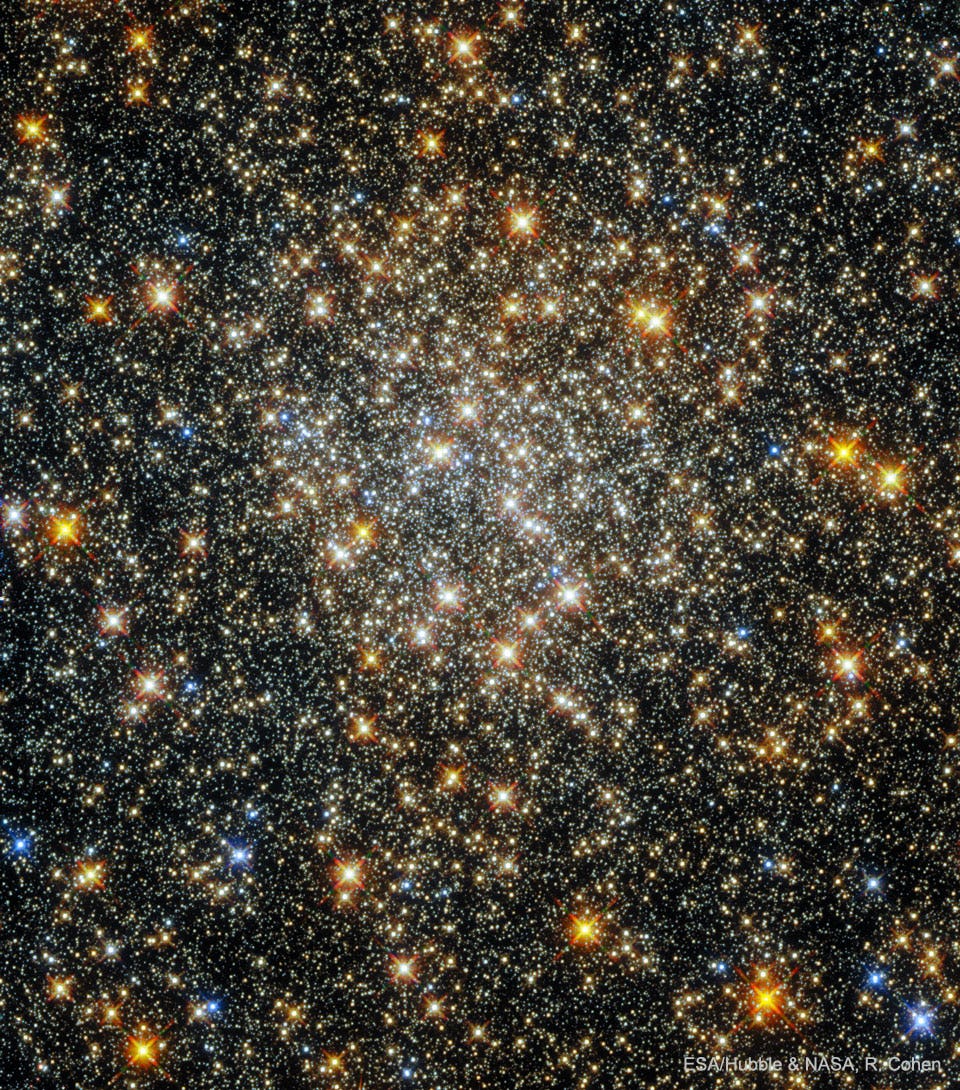