It's not the big disk that's attracting the most attention. Although the big planet-forming disk around the star PDS 70 is clearly imaged and itself quite interesting. It's also not the planet on the right, just inside the big disk, that’s being talked about the most. Although the planet PDS 70c is a newly formed and, interestingly, similar in size and mass to Jupiter. It's the fuzzy patch around the planet PDS 70c that's causing the commotion. That fuzzy patch is thought to be itself a dusty disk that is now forming into moons -- and that has never been seen before. The featured image was taken by the Atacama Large Millimeter Array (ALMA) of 66 radio telescopes in the high Atacama Desert of northern Chile. Based on ALMA data, astronomers infer that the moon-forming exoplanetary disk has a radius similar to our Earth's orbit, and may one day form three or so Luna-sized moons -- not very different from our Jupiter's four. 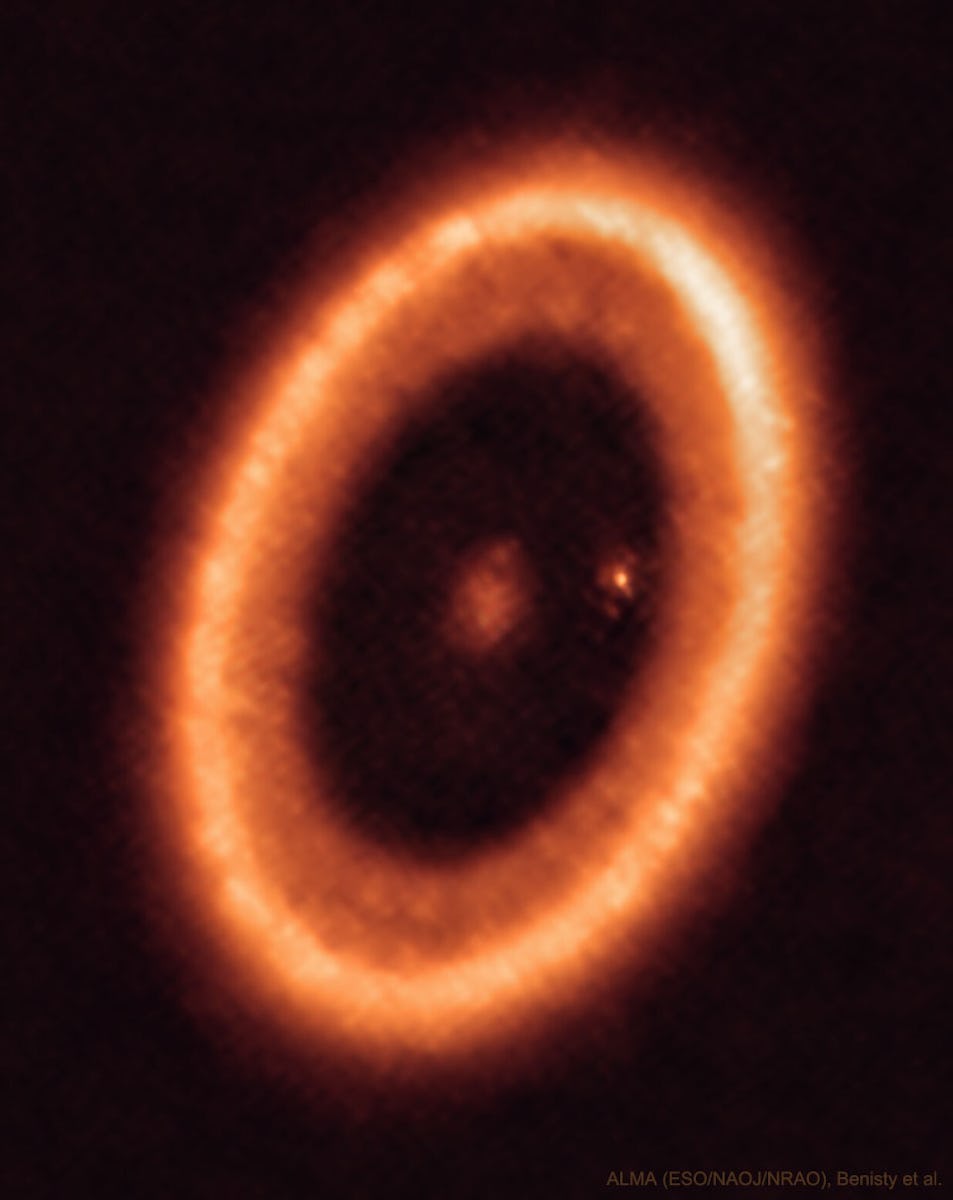