Have you heard about the Hubble Ultra-Deep Field? Either way, you've likely not heard about it like this -- Please click here or the image below to go to NASA's Picture of the day where you will be able to run your cursor over the featured image and listen! The Hubble Ultra-Deep Field (HUDF) was created in 2003-2004 with the Hubble Space Telescope staring for a long time toward near-empty space so that distant, faint galaxies would become visible. One of the most famous images in astronomy, the HUDF is featured here in a vibrant way -- with sonified distances. Pointing to a galaxy will play a note that indicates its approximate redshift. Because redshifts shift light toward the red end of the spectrum of light, they are depicted here by a shift of tone toward the low end of the spectrum of sound. The further the galaxy, the greater its cosmological redshift (even if it appears blue), and the lower the tone that will be played. The average galaxy in the HUDF is about 10.6 billion light years away and sounds like an F#. What's the most distant galaxy you can find? Note: Sounds will only play on some browsers. This week at NASA: Hubble #DeepFieldWeek 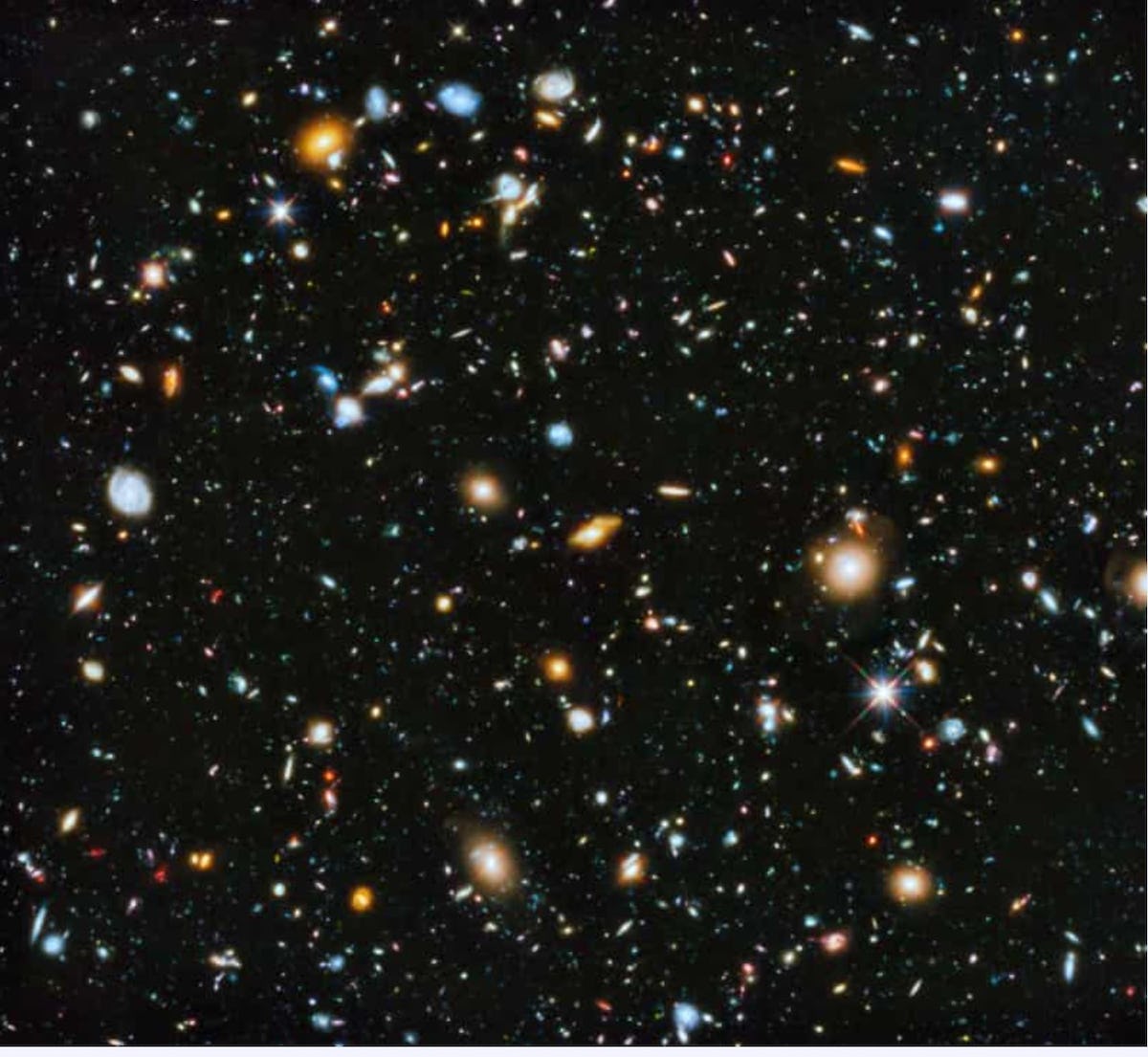