M82 is a starburst galaxy with a superwind. In fact, through ensuing supernova explosions and powerful winds from massive stars, the burst of star formation in M82 is driving a prodigious outflow. Evidence for the superwind from the galaxy's central regions is clear in sharp telescopic snapshot. The composite image highlights emission from long outflow filaments of atomic hydrogen gas in reddish hues. Some of the gas in the superwind, enriched in heavy elements forged in the massive stars, will eventually escape into intergalactic space. Triggered by a close encounter with nearby large galaxy M81, the furious burst of star formation in M82 should last about 100 million years or so. Also known as the Cigar Galaxy for its elongated visual appearance, M82 is about 30,000 light-years across. It lies 12 million light-years away near the northern boundary of Ursa Major. 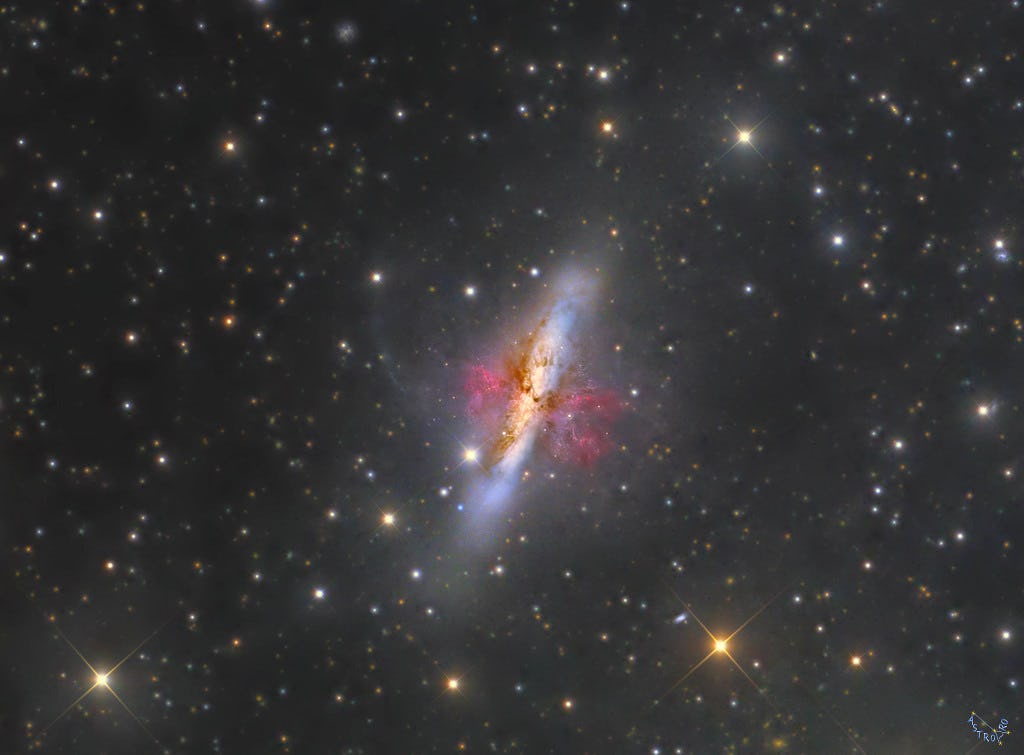